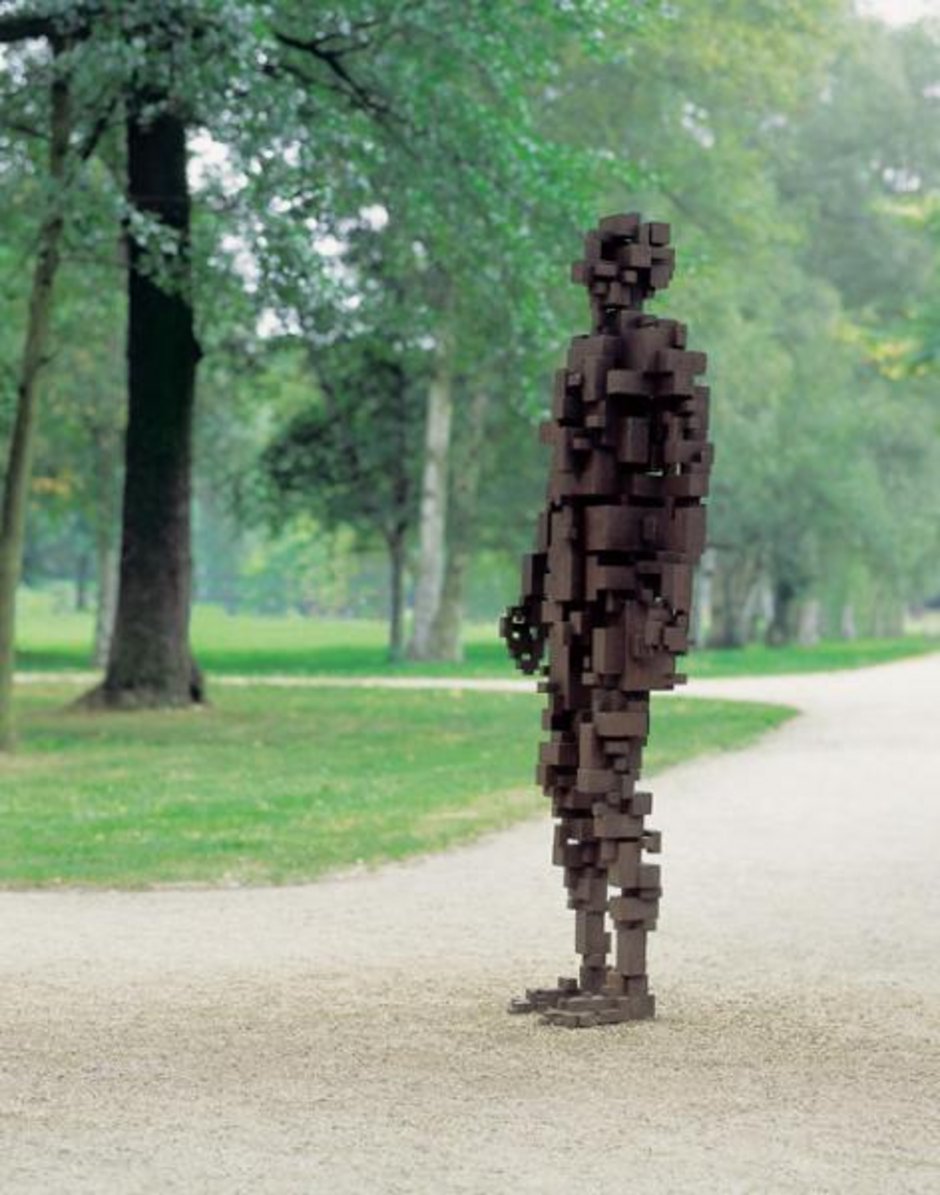 The previous Blickachsen exhibition included a solid iron sculpture by Antony Gormley, Feel, which was installed on the crossing of two paths in the park at Bad Homburg. This year a digital memory of that work is placed on exactly the same spot. The mass of the original work has been translated into a rising canon of iron blocks each eight times larger than the next – fused together in an algorithmic matrix that puts space and form into a dynamic tension. The resulting work engages the perception of the viewer in the ‘resolution’ of the form. It seems as if space has begun to devour the original integrity of the lost subject. However there is still a strong sense of an original lived moment – as if the attitude internal to a person has been separated from its normal carriers of bone, flesh, and skin and is now carried by a system foreign to it, but strangely more able to transmit both the resilience of memory and the immediacy of experience.