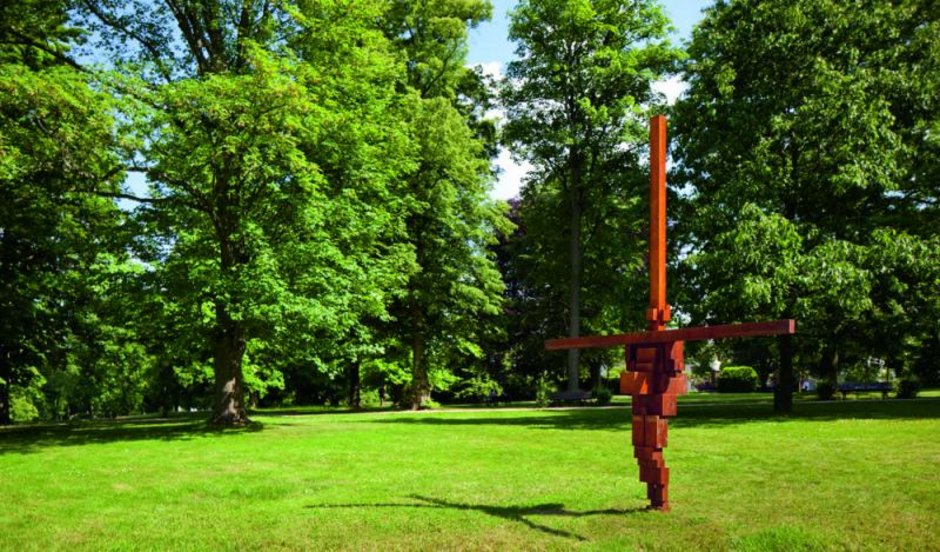 Antony Gormley has previously participated in “Blickachsen” in 2003 and 2005. He has
received numerous awards for his sculpture and large-scale outdoor projects, in which he
investigates the relationship of the human body to space. His figure “BURST II” is described
by the artist as an attempt to “represent the way bodily perception is projected onto space
at large. Extending up, down, left, right, front and back, the body becomes a meeting point
where the vertical axis balances out the two horizontal axes through gravity. Made from
820 kg of iron, the work tries to reconcile the static character of architecture with the dynamic
nature of the human body, translating its volumes into blocks and beams that use cantilever,
stacking and propping to create a static point of reference against which the viewer’s
movement can be calibrated.“ In this way, the body becomes the intersection and anchor
point of the experience of space. In “Blickachsen 9”, ”BURST II” is positioned on an
imaginary line between two trees in the Bad Homburg Kurpark.