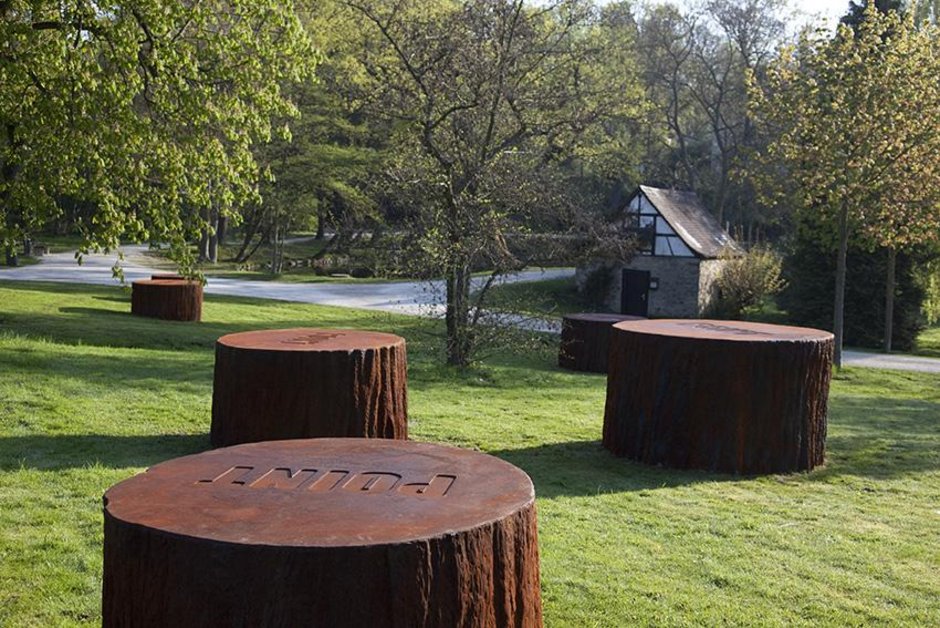 His monumental outdoor works – three-dimensional lines in square steel, in the form of “Straight Lines”, “Arcs” and “Indeterminate Lines” – are the trademark of the world-famous sculptor Bernar Venet. Venet’s work was greatly influenced by the avant-garde of the 1960’s and 70’s in Paris and New York, and especially his contact with Arman. From early on, Venet concerned himself with mathematical equations and their graphic equivalents – the line became his central motif. He first explored this theme in drawings and paintings, later translating it into three dimensions. As a geometrical element, the point, equally, is a feature of Venet’s art. With his latest series of cast iron “Points”, Venet now also frees the point from its graphic context; he presents us with self-referential sculptures, on the topside of which the word POINT can be read. An installation of nine “Points”, each slightly different, can be seen in “Blickachsen 10”: like noteheads in a musical score, the “Nine Points” have been placed in the Victoriapark in Kronberg, and we can only look forward to the musical interpretation that is in store for them in the autumn. 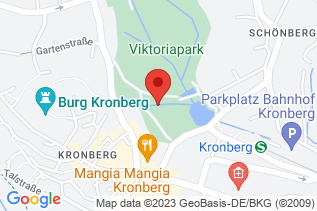