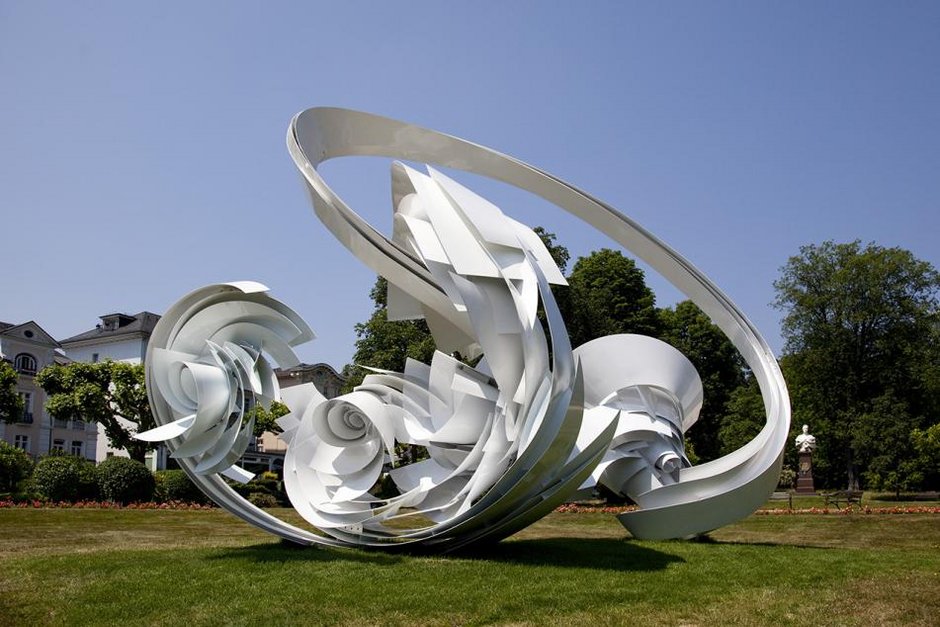 On the Schmuckplatz in the Bad Homburg Kurpark “Blickachsen 10” presents “Hoop-La” by the American artist Alice Aycock. In the 1970’s Aycock started her career in New York and as early as 1977 she went on to take part in the documenta exhibition. “Hoop-La” is one of seven monumental sculptures which she exhibited, in 2014, in Park Avenue in New York under the title “Park Avenue Paper Chase”. Dynamic structures derived from natural as well as technical processes form the template for these works, in which the artist optically captures phenomena such as waves or vortices, swirling air or the rotating movement of a turbine in the very course of their movement. The sculptures thus stand for the forces of nature and the power of technical innovation as much as for the pulsating rhythms of big city life. “Hoop-La” depicts the constituent elements of a vortex as white-painted aluminium bands, funnel-shaped swirls balling into fields of energy whose movement in space is traced by the sweeping line connecting them. Even in isolation, Alice Aycock’s “Hoop-La” invites viewers “to become aware of the power and possibilities inherent in their surroundings”. 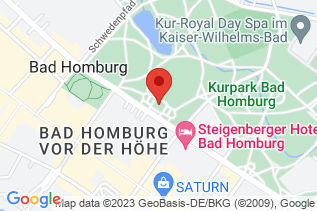