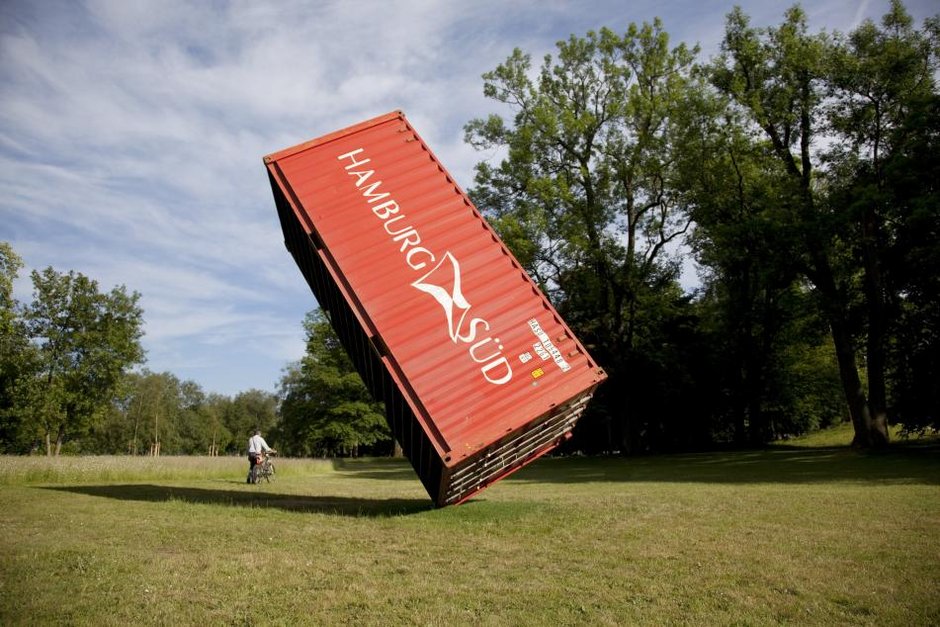 For more than 40 years the architect, artist and urban planner Luc Deleu and his “T.O.P. Office” have developed their highly distinctive town planning concept in projects around the world. Deleu is committed to a sustainable urban and land-use strategy; he places the demands on urban space in a globalized world at the centre of his radical, at times utopian – but always architectonically grounded – projects. In his artistic installations, Deleu is concerned with the perception of scale and perspective in the public space. As early as the 1980s he started to work with containers – arranging them in large-scale geometric forms, piling them up on top of each other, or assembling them into bridges and gateways. In “Blickachsen 10” by contrast, he audaciously balances a standard red container of the “Hamburg Süd” company on one of its corners in the Bad Homburg Kurpark. His aim is to increase the observer’s awareness of volume, of spatial capacity. This becomes especially clear in the relationship of the object to its surroundings: the spectacularly tilted “Container” has a monumental power in relation to the ancient trees of the Kurpark. 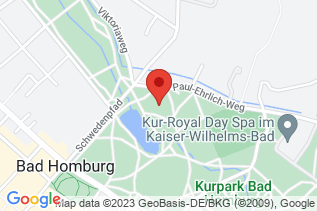