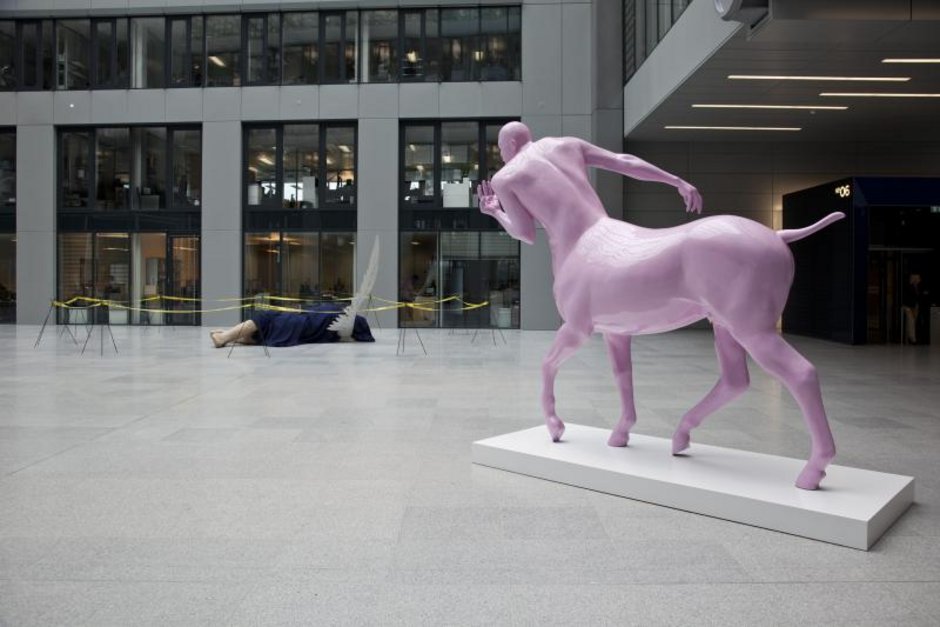 “We no longer invent, we only discover” – Assan Smati believes that all fundamental questions, principles, thoughts already exist. They can’t be thought up again, only re-thought. As a result the Frenchman, in his work, concerns himself with the search for the origins of art. In his drawings, sculptures and paintings he frequently uses expressive, mythological figures and design principles, re-interpreting them to help provide a creative restoration of their original inner power. One such figure, commonly represented in art since antiquity, is the centaur, a hybrid of man and horse. With the exception of Chiron, who was considered wise and just, centaurs in Greek mythology were described as wild, unrestrained and wanton. Smati’s “Centaure” stands in for these unbridled creatures, moving in a field of tension between animal being and civilised humaneness. Its body conveys an uncontrolled drive, while its highly artificial, pink-coloured, gleaming surface points to a human, civilising dimension. To this extent Smati’s “Centaure” is the expression of the mythological deliberation that both instinct and reason are inherent in Man.