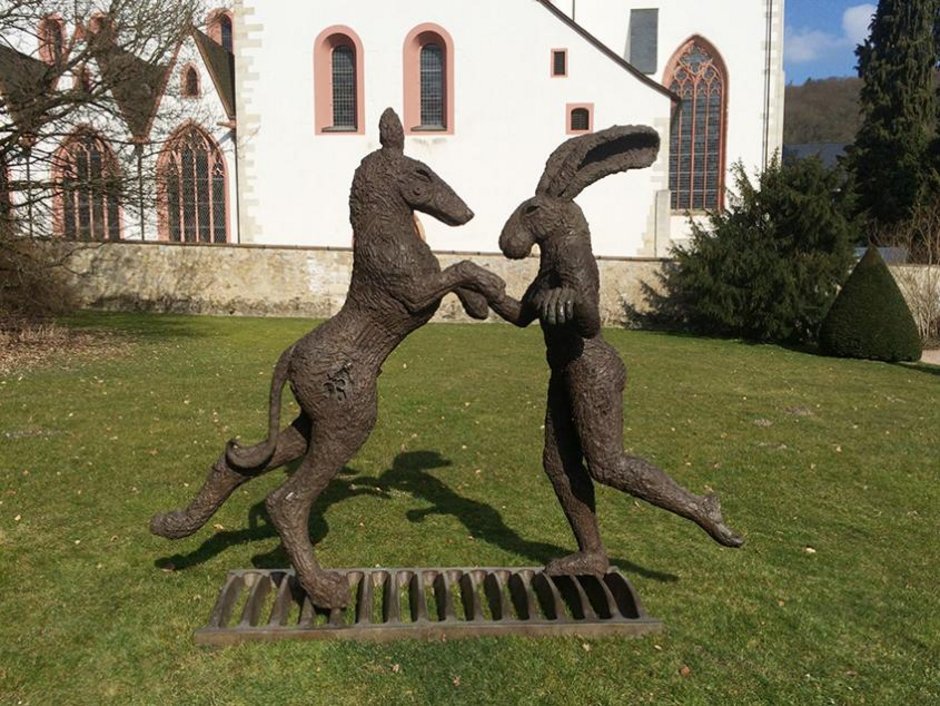 Sophie Ryder has devoted herself throughout her career to the representation of part-human, part-animal beings as allegories of human characteristics, emotions and desires. One such hybrid is “Lady Hare”, a figure with a woman’s body and a hare’s head which Ryder developed at an early date into a central motif within her artistic oeuvre. The hare can be found throughout art history as a symbol of fertility and lust, of resurrection, power and wisdom. Sophie Ryder inscribes these meanings into her female figures, which she frequently portrays in company with the mythical Minotaur as a male vehicle of expression, or with dogs as man’s trusty companion. At “Blickachsen 10” the artist is exhibiting nine of her characteristic works at Eberbach Abbey and her monumental sculpture “Conversation” at the Niederhöchstadt Sculpture Park in Eschborn. In this last work, Lady Hare and a dog sit facing each other on a horse, each looking attentively at the other. Sophie Ryder – who is a passionate dog breeder as well as an artist – thus transforms the companionable “Conversation” between the two beings into a metaphor of friendship and mindfulness. 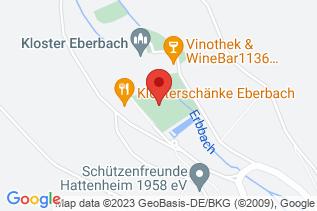