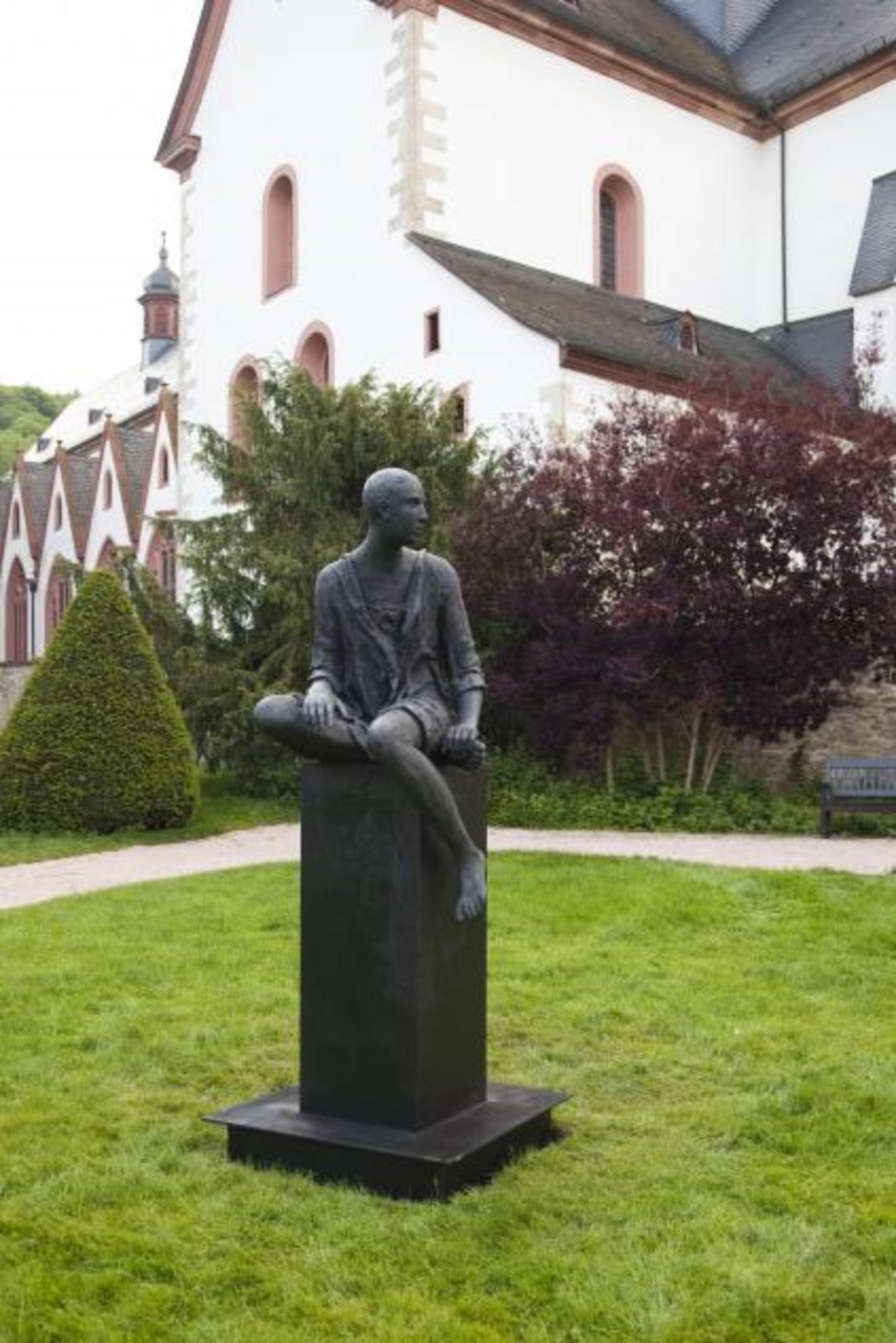 Since completing her studies in sculpture, Hanneke Beaumont has concerned herself with the human figure. Her monumental work “Stepping Forward”, outside the Europa building in Brussels, attracted the attention of the art world in Europe, Asia and the USA to her works. Beaumont’s larger-than-life figures in terracotta, iron or bronze are mostly presented in relaxed, non-classical poses on rectangular plinths or pedestals, as in her “Melancholia I” group, on permanent display in Bad Homburg. In Blickachsen 12, the calm, meditative environment of the Eberbach Monastery provides the ideal setting for the focused mood of the nine bronze sculptures on display. Balanced, sitting or kneeling, the figures seem frozen in their movement. Though the bodies are clearly delineated, their surfaces seem chapped and vague. They are clothed in simple garments which one can barely identify. Their strikingly modelled faces, betraying no individuality or expression, seem equally undefined. By means of universal bodily postures, Beaumont manages to express the spirit of the individual. In doing so, she thematizes not only the human condition. By placing her figures on pedestals, she also re-interprets the classical idea of sculpture itself. 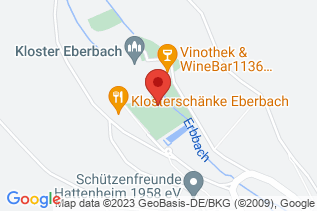