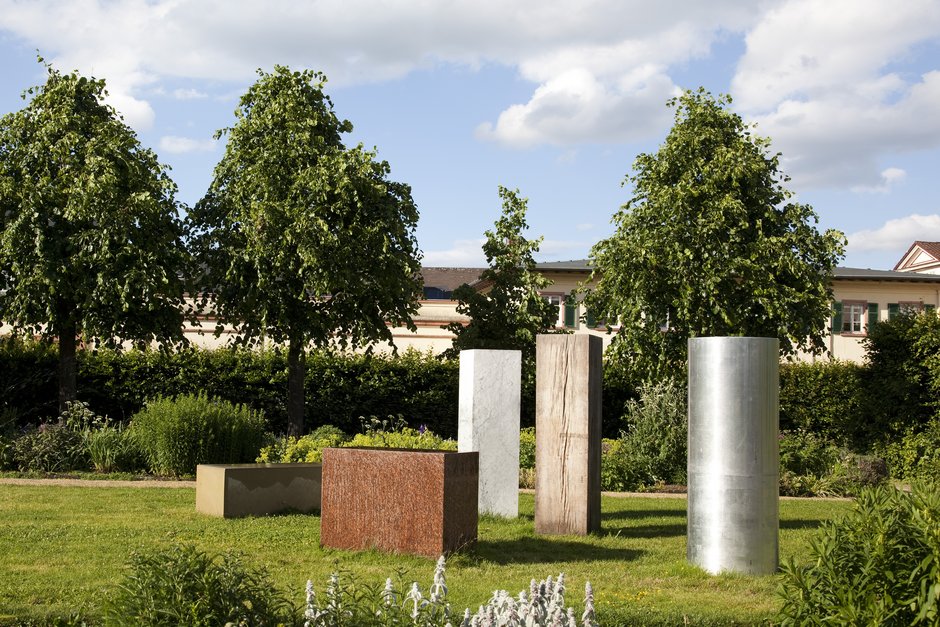 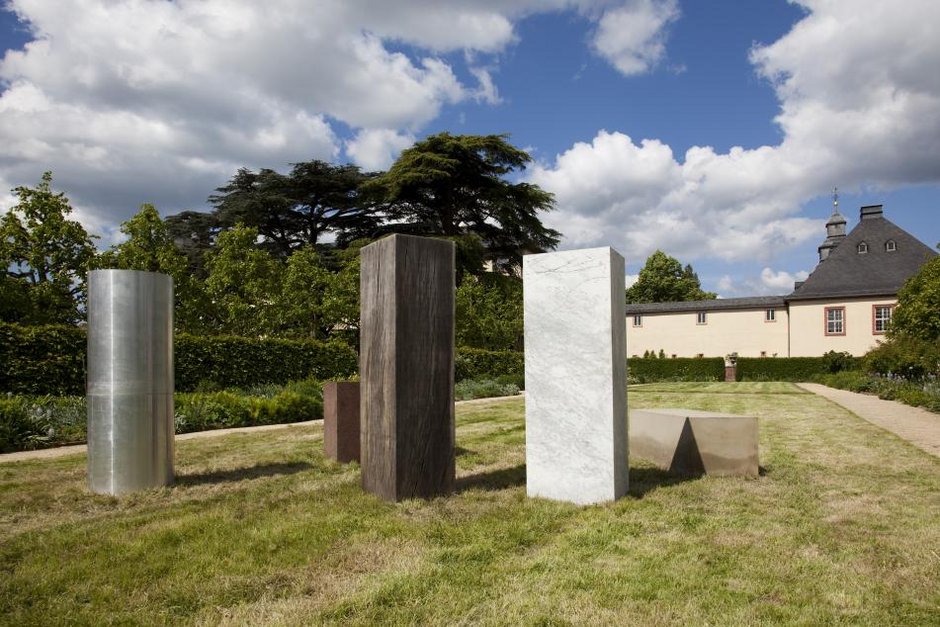 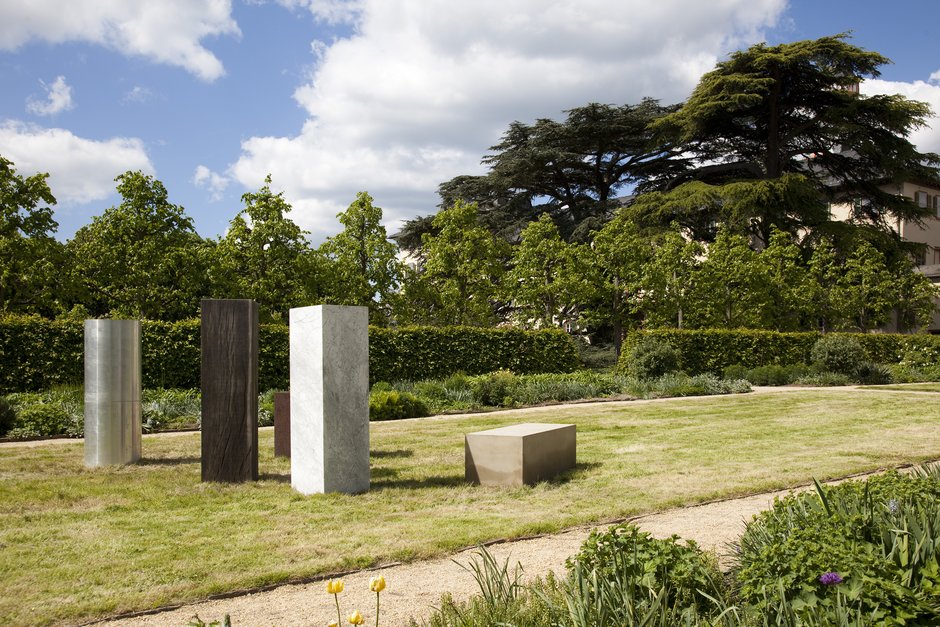 With her sculptural and installation works, Alicja Kwade had her international breakthrough at an early age. Whether re-examining the familiar through subtle object constellations, or as commentaries on the traditions of modern art, her works fascinate exhibition visitors around the world. In Blickachsen 11, Kwade’s installation “Big Be-Hide” became a magnet for the viewing public: a rock, an aluminium cast of it and a two-sided mirror standing between them played with the viewer’s perception. Now, in Blickachsen 12, her work “Wächter (Anschauungsvorstellung)” (“Guards (imaginary example)”) focuses attention on five materials used in sculpture: on their texture, colour and sculptural possibilities. This abstract composition consists of four differently proportioned and arranged blocks of Carrara marble, rose granite, sandstone and oak, as well as a life-sized cylinder of aluminium. The objects seem as if they were the raw material for sculptures that have not yet been created. In their location in the Bad Homburg Schlosspark, Kwade’s “Guards” thus stimulate the viewer’s imagination and at the same time thematize the age-old topos of artistic genius by which a finished form is pre-imagined from an unsculpted block of material. 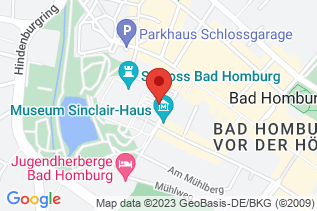