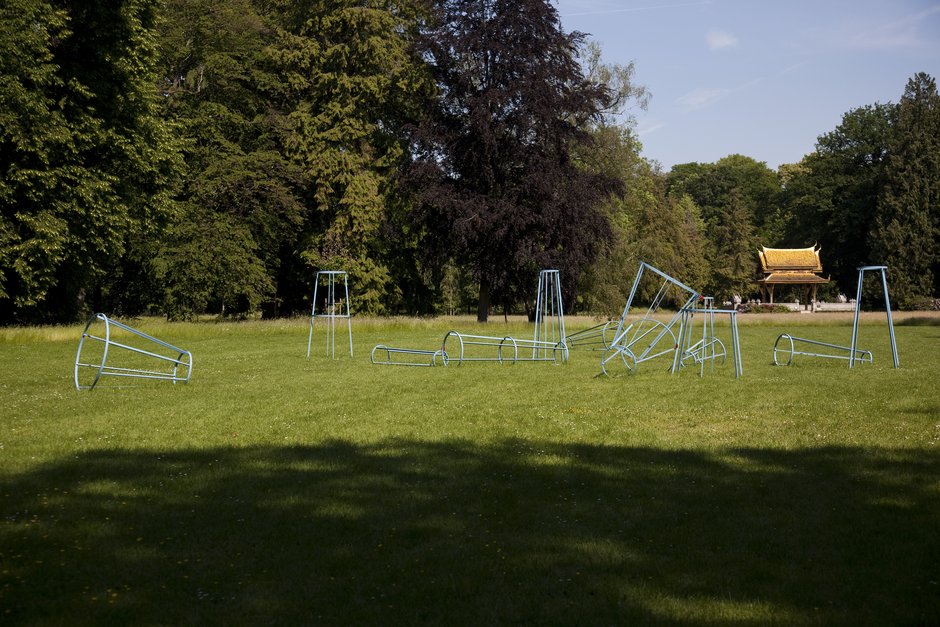 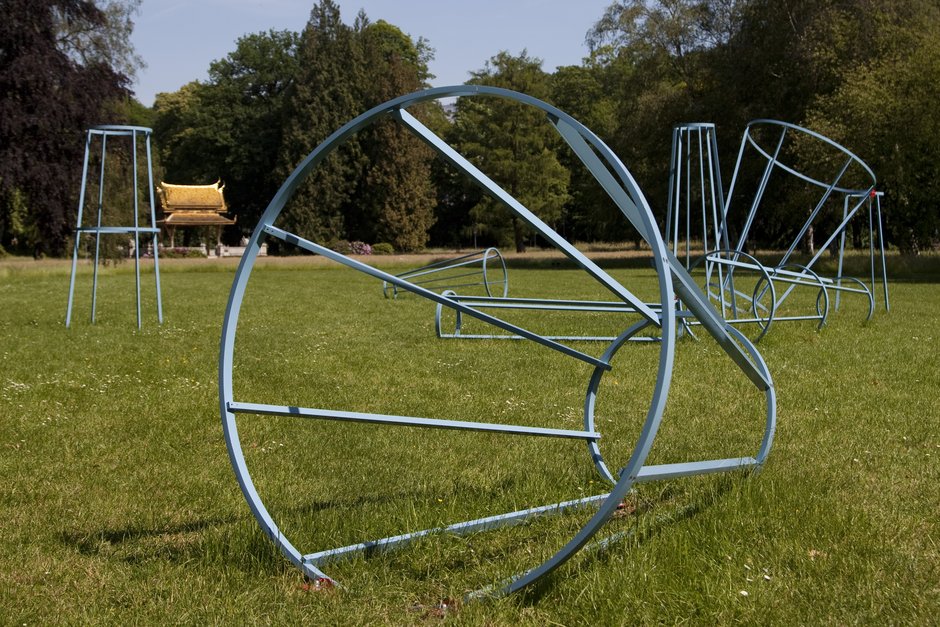 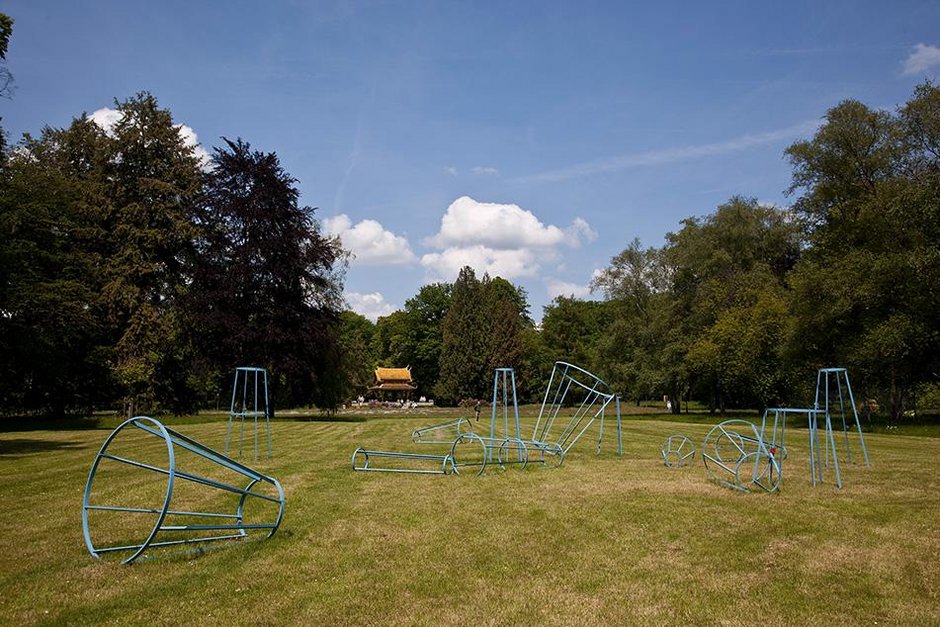 Following his studies in Jerusalem and New York, Ohad Meromi settled in the American metropolis. There, he creates sculptures and videos in which his central theme is the heritage of Modernism, which has shaped contemporary art to this day. Inspired by architecture and theatre, by ideologically driven twentieth-century art and performative aspects, he has produced sculptures and installations for the public space. One of these works is “Stepanova”, a modular work consisting of conical forms assembled from blue painted aluminium rods. This work was already shown in New York in 2011-12, when visitors were on two occasions invited to move the objects and thus form new constellations. The installation – which Meromi describes as an ‘event’, on the basis that it is only temporarily exhibited – is named after the Russian artist Varvara Stepanova, who was part of the Constructivist movement and who, among other things, created set designs for theatrical productions, and studied the movement sequences of individuals in order to translate them into geometric forms. Thus the aluminium objects installed in the Kurpark can be considered a tribute to one of the most influential avant-gardists of the last century. 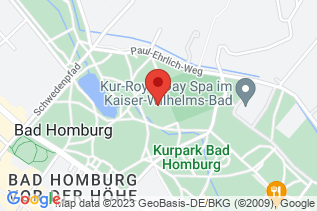