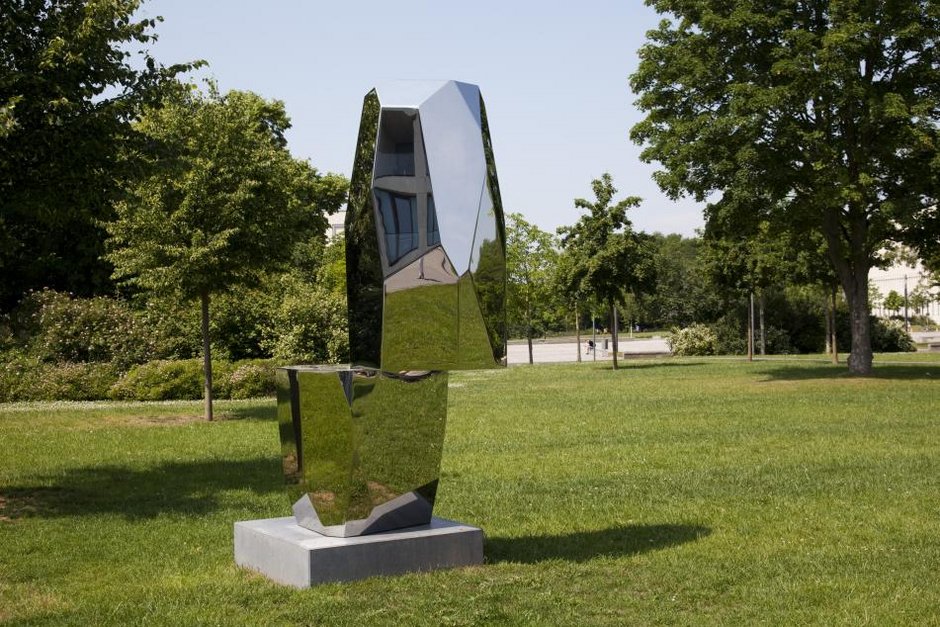 For Blickachsen 12, the Israeli artist Arik Levy deliberately chose to exhibit his work not only in Bad Homburg and Kronberg, but also on the Campus Westend at Frankfurt University, where the former administrative building of the IG-Farben chemical concern stands as a reminder of the role this company played in the second world war: for Levy, art is the best way of building bridges. He has placed his work “RockStoneShift 235” by the central square of the campus, a meeting place at the heart of the university grounds. The larger than life-sized stainless steel sculpture, with its multi-faceted and mirror-polished surface, looks as if it had been cut open horizontally at the bottom. This creates the shift referred to in the work’s title, whereby the two parts of the sculpture’s body are offset and poised on top of each other in a dynamic equilibrium. The sculpture reflects its surroundings in countless detailed views, which condense into a polyphonic, constantly changing total image – stimulating the senses and the intellect in equal measure. In this respect, Levy’s work can also be understood as a symbol for the university as a point of intersection between universal human experience and scientific research. 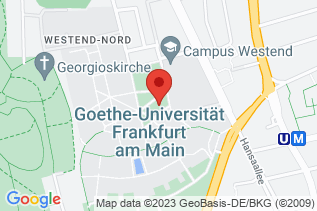