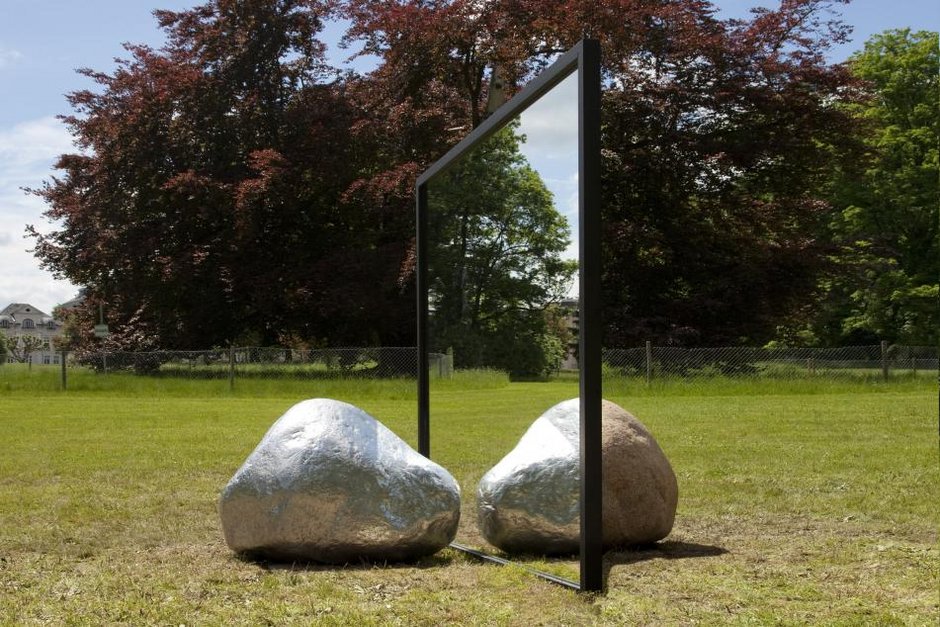 The artist Alicja Kwade, who lives in Berlin, deals in her multimedial work with perceptual structures and basic physical laws. Optical experiences and their deceptions characterize her creations, which regularly transgress habitual ways of seeing. Crucial elements of her artistic strategy are thus based on the idea of transformation, and the consonance or mirroring of objects and materials. Her work “Big Be-Hide”, exhibited in “Blickachsen 11” in the Bad Homburg Kurpark, is concerned with the interplay of ‘being’ and ‘hiding’. Two ‘stones’ of identical shape but made of different materials – a boulder and an aluminium cast of it – lie next to each other, separated by a two-sided mirror. Depending on the position from which it is viewed, the mirror glass functions on the one hand either as a reflecting plane, as a mirror, or on the other as an apparently see-through surface, confronting the natural stone with its shiny metal double: the glass conceals part of one of the objects, yet at the same time completes it with the mirror image of the same part in the other. In this way a new, illusionary object is created through the overlaying of reality and appearance. 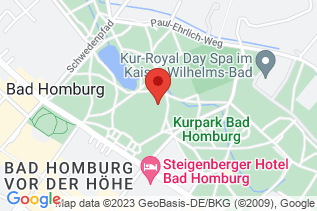