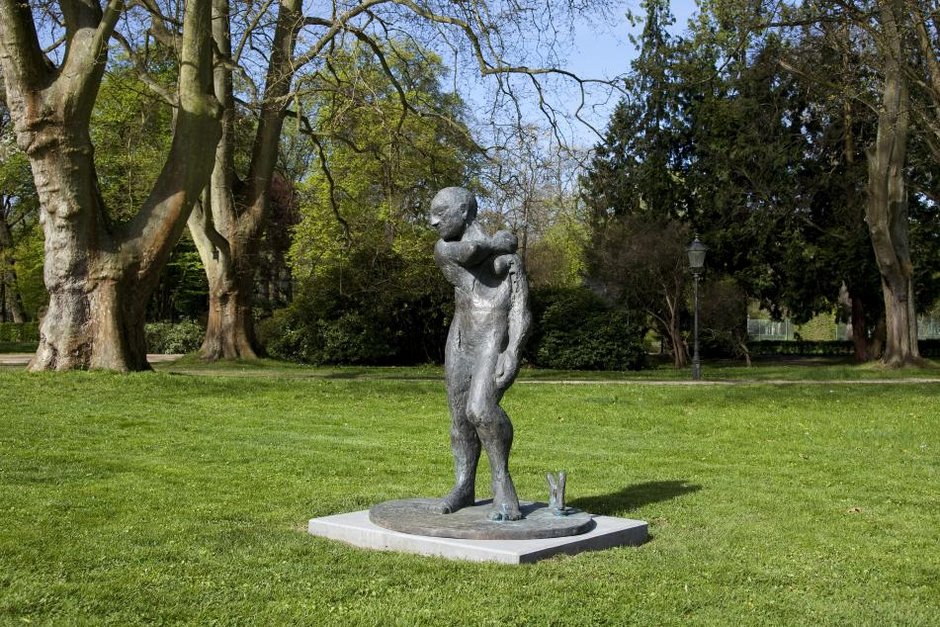 Apollo, the ancient God of the Arts, but also of archery, is in the history of art repeatedly presented in a melancholy vein, absorbed in playing his lyre. In the sculptural portrayal by Markus Lüpertz, one of the foremost German artists of the post-war period, Apollo has laid the stringed instrument down by his side. With his right arm he reaches for his left shoulder, as if to pull an arrow from its quiver. Yet the representation by no means portrays Apollo as determined and ready for battle. Rather, he is poised in a classical contrapposto, and looks down at the ground, lost in thought. Here, the sculpture above all emphasizes the moment of reflection and inner dialogue – yet the decision to reach for the weapon rather than the lyre seems to have already been made. Lüpertz has produced several versions of “Apollo”, often colourfully painting them in the manner of classical antiquity. The version exhibited in Bad Homburg is monochrome: all the more to bring the structure of the material into sharp relief, underlined by Lüpertz’s dynamic and gestural form of expression. In “Blickachsen 11” nine further sculptures by Lüpertz are on display in Eberbach Monastery. 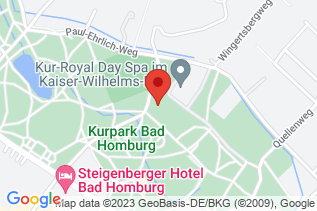