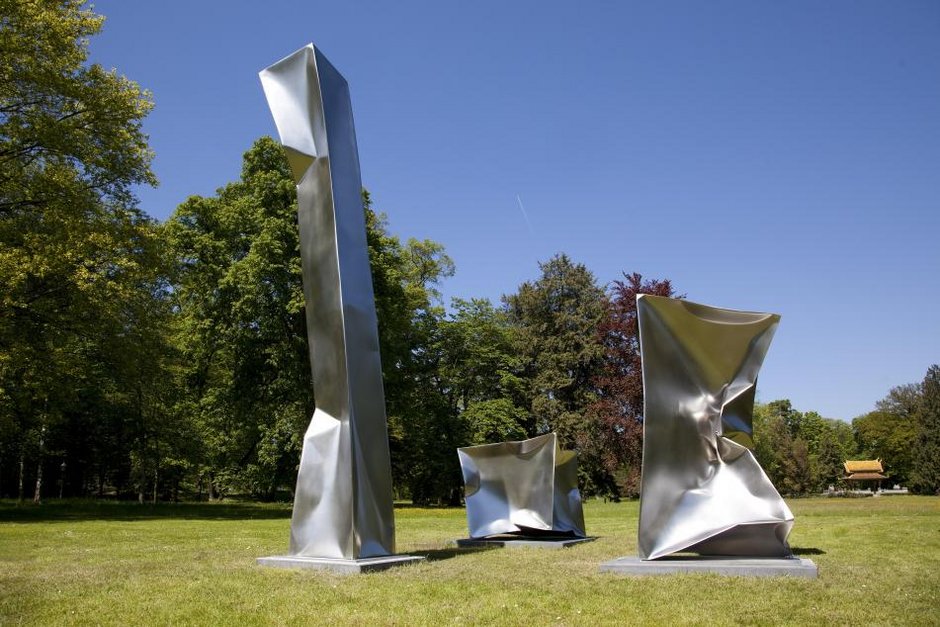 The steel “implosions” by the artist Ewerdt Hilgemann, who lives in Holland, are not only prominently represented in exhibitions and collections, but are also to be seen in the public open space all over the world. In 2014, seven of his monumental group sculptures lined Park Avenue in New York, in a widely acclaimed exhibition. After his studies under Oskar Holweck, Hilgemann worked for a long time with wood, steel and marble. From the start, a central element of his work has been the capturing of light by his abstract geometrical creations. Since 1984 Hilgemann has developed ever new variations of his unmistakeable stainless steel cubes, from which he sucks out the air with a vacuum pump. In “Blickachsen 11”, the artist, who readily describes himself as an “air blacksmith”, is represented both in Bad Homburg and in Frankfurt. His work “Three Equal Volumes”, made for the exhibition, consists of three variously proportioned cuboid shapes, each with an identical holding capacity. Through the extraction of air, the hard strength of the shiny steel is transformed into expressive soft forms, which gently reflect their surroundings in the Kurpark. 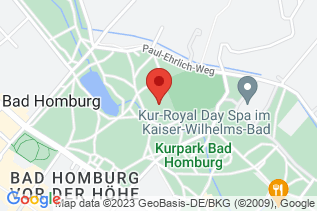