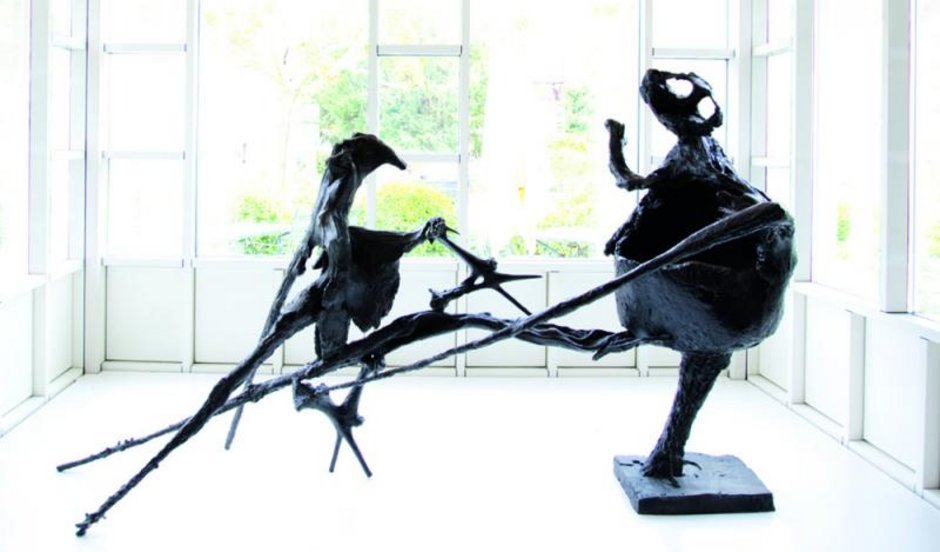 With Germaine Richier, one of the great sculptresses of the 20th century is represented in
“Blickachsen”. From the mid-1940’s she developed her characteristic hybrid figures from human
and animal forms. The artist herself speaks of fantastic autonomous creatures, of hybrids both
nervous and aggressive: poetically motivated transformations of the found, the living.
“La Montagne” (The Mountain) is a mysterious piece, completed by Richier only three years before
her death. This monumental work seems both powerful and fragile. Two highly opposing figures
stand facing each other. It is unclear what connects them – a fight, an encounter, a verbal
disagreement or exchange, or maybe even an elementary living process such as a birth or an
animalistic mating? They seem to embody two competing life principles, yet at the same time it
is as though they stabilise each other and keep each other in balance. A male and a female
principle seem to be being suggested here. The meaning of the title “The Mountain” remains,
however, obscure. One could easily imagine the artist has here represented a scene taken from
memory, substituting it, as a title, with the name of the location in which it took place.