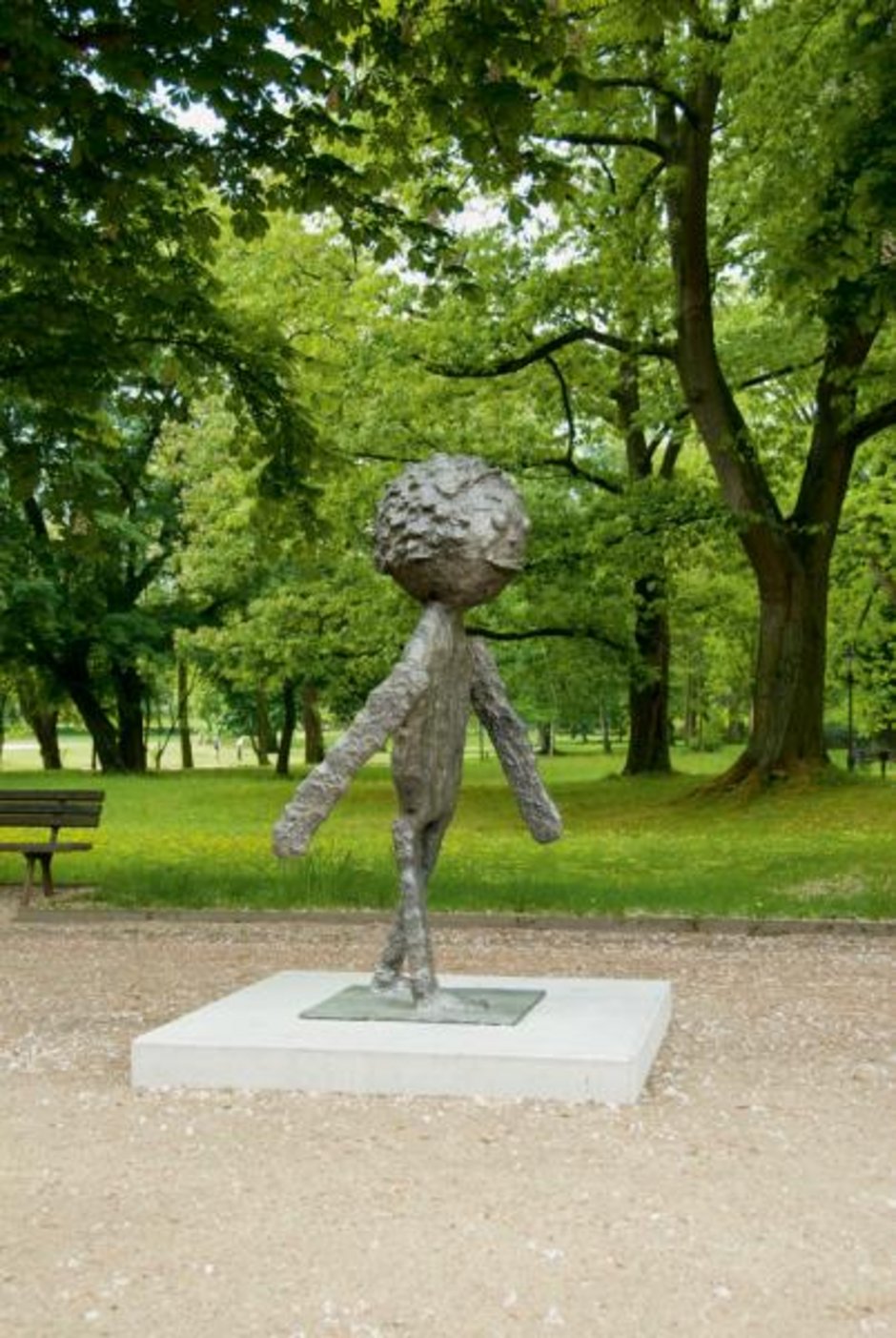 Donald Baechler has two sculptures on display in ”Blickachsen 7“. As if they were going for a walk themselves, the bronze, almost childishly naïve figures seem at first to be mixed in with the general public on the Brunnenallee in the Kurpark. One is struck by their flat bellies and thin limbs. Arms and legs seem as if they were stuck on to their bodies, as with plasticine figures. Their round heads, to which the titles of both the displayed pieces ”Round Head“ and ”Globe Head Figure“ refer, raise themselves corpulently above this. Baechler’s art is characterized by lighthearted, often multimedial works, that speak the language of cultural symbols. The American, who after his studies in the USA went on to study at Städelschule in Frankfurt, first became known through his paintings and collages. Through their combination of colour and symbolism his simple everyday motifs are composed into a multi-layered modern still-life. Since the 1990’s he has created numerous sculptures whose motifs and forms similarly depict everyday objects or simple figures in an apparently uninhibitedly naïve way.