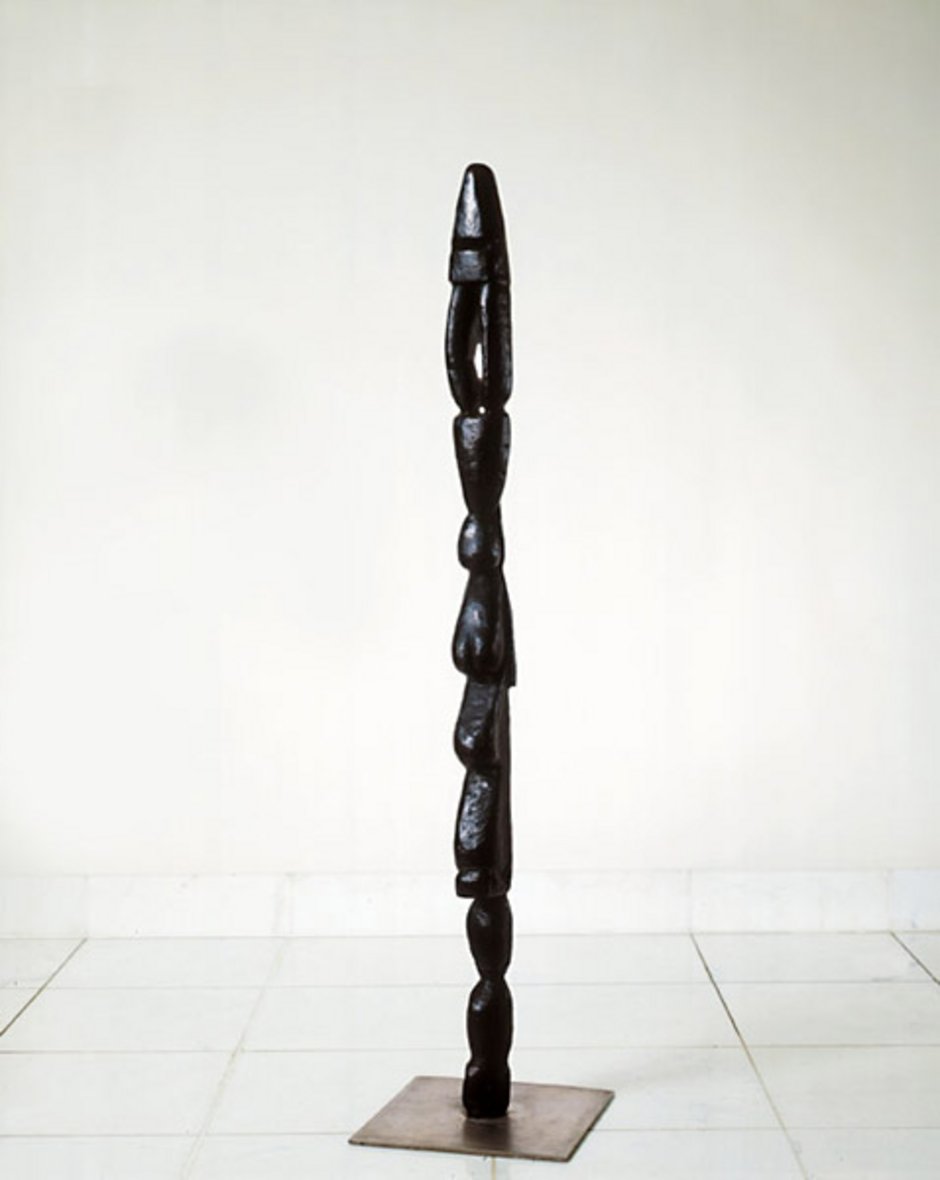 In 1938, Louise Bourgeois moved from France to New York where she dedicated herself to Surrealism like many European artists: the repeal of logics, mystification, mythical archaization, somnambulate figurations, erotic impulses were part of her sculptural repertoire. Her first individual exhibit took place in the Peridot Gallery in 1949 under the title "Seventeen Standing Figures". This early period marks the artist's decisive phase of departure; also the three bronze-figures here stem from that time. "Pain and suffering appear in her work from the beginning," states Doris von Drahten. The figures that are reminiscent of Giacometti's emaciated figurations are stacked up into the air in "high, skinny isolation" like fragile, totem-like steles. "A topic emerges right from the unconscious", says Bourgeois, "the formal realization is the most important part and has to be done with great awareness. The form has to be absolutely strict and pure." "Breasted Woman" represents the tension between internal sensation and conscious formal shaping within its sexually oriented "combination in flesh and blood" (Bourgeois). Swollen longish breasts in singles or pairs form into a flowing pole shape that ends in the tip of a lance.

"Pillar" on the other hand can be seen as the strict, almost frozen statue like counterpart. The slim stele is dominated by a kind of head that merges into a handle-like breast/body and the fall of the folds of the foot. Figure (as a woman's body) and utensil (the shape of a fork) solidify into an idol of mysterious origin.

"Brother and Sister" is a symbolic double shape in the form of a leaf, the birth of a surreally determined human couple (see René Magritte), its naturalistic element (leaf/wing) being charged with meaning like the transformation of a totem. Robert Goldwater explained the origin and meaning of clearly primitive connections like these for the first time in his important essay "Primitivism in Modern Painting" (1938). In the same year, Louise Bourgeois married the famous art historian and mythologist. In full knowledge of the context, Bourgeois transformed the magic of the fetish into her mythical interpretations of life.