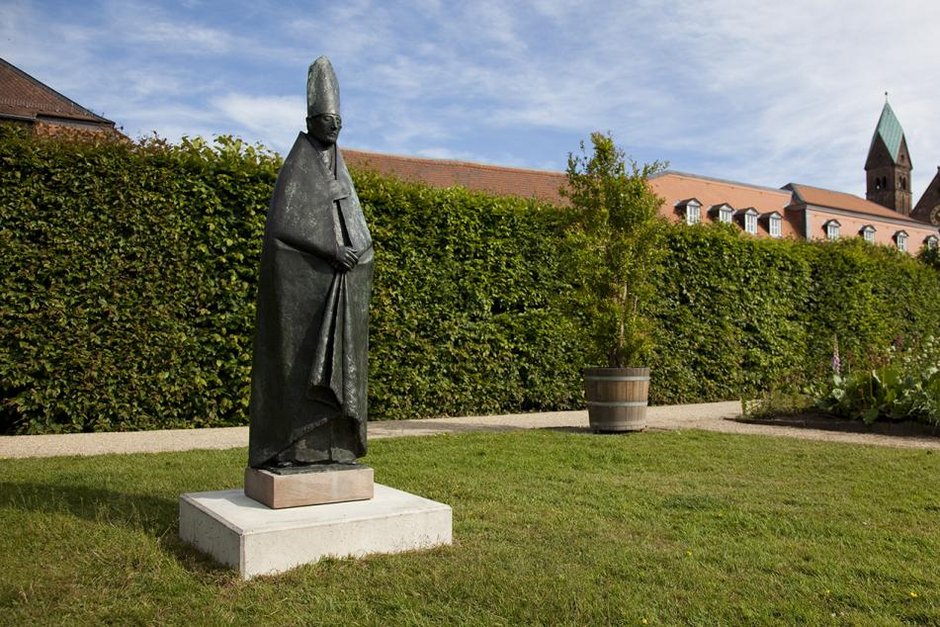 The Italian artist Giacomo Manzù trained as a goldsmith and stuccoer before devoting himself completely, at the age of 20, to his work as a graphic artist, illustrator and sculptor. He quickly found his own personal, figurative style, in which he combined the plastic impressionism of the Italian Medardo Rosso with the classical volumetry of the French sculptor Aristide Maillol. Manzù concentrated mainly on the representation of human figures, frequently taken from the Christian world. His design for the “Door of Death” in St. Peter’s in Rome is among his most important works. This year, his sculpture “The Cardinal” can be seen in the Bad Homburg Schlosspark. By his own admission the timeless image of the pope surrounded by his cardinals prompted him to create a series of over 50 representations of cardinals, which long defined his graphic and sculptural work. Standing or sitting, they plumb the possibilities of an essential form. The “Cardinal” on display in Bad Homburg still shows at the bottom the loose-fitting layers of body, undergarment and cope, while further up, the figure becomes increasingly symmetrical and geometric, and thus takes on a timeless character.