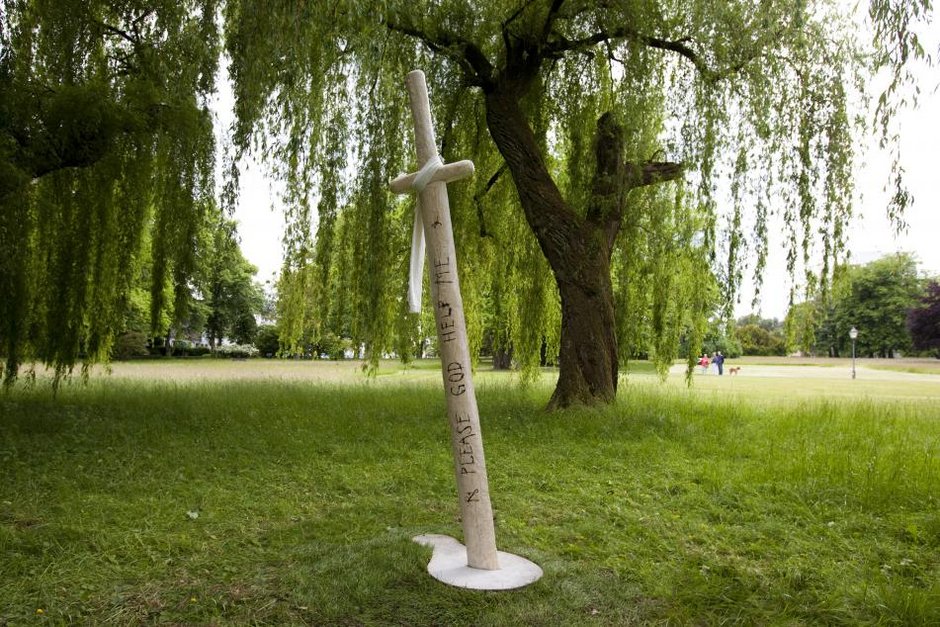 What gives a community its identity? Bart Van Dijck explores this question in his art. Folk traditions, rituals and culture thereby play an important role. Van Dijck considers subcultures in all societies as “tribes” with their own distinctive symbols, rites and customs – and uses these in turn in his works. Taking the illustrations in a history book as his point of departure, in “De dood van Jacob van Artevelde” (The Death of Jacob van Artevelde) – at “Blickachsen 10” placed beneath the magnificent cedar in the Schlosspark – Van Dijck thematizes the importance of the Flemish national hero who in the 14th century led a popular uprising against the Count of Flanders. In “Please God” Van Dijck associates several potent iconographies: a cross with a white cloth tied to its top is thrust firmly into the ground like Excalibur – the sword of Arthurian legend – in its stone. The phrase “Please God help me” can be read along its upright/blade. The ambivalence between religious symbol and fabled weapon, coupled with the words of supplication, points to questions of spiritual conviction, armed might, enforcement and wars of religion going far beyond Christianity and Western myth. 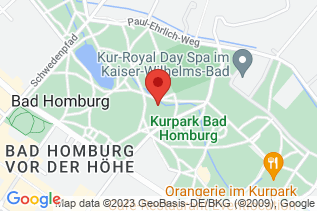