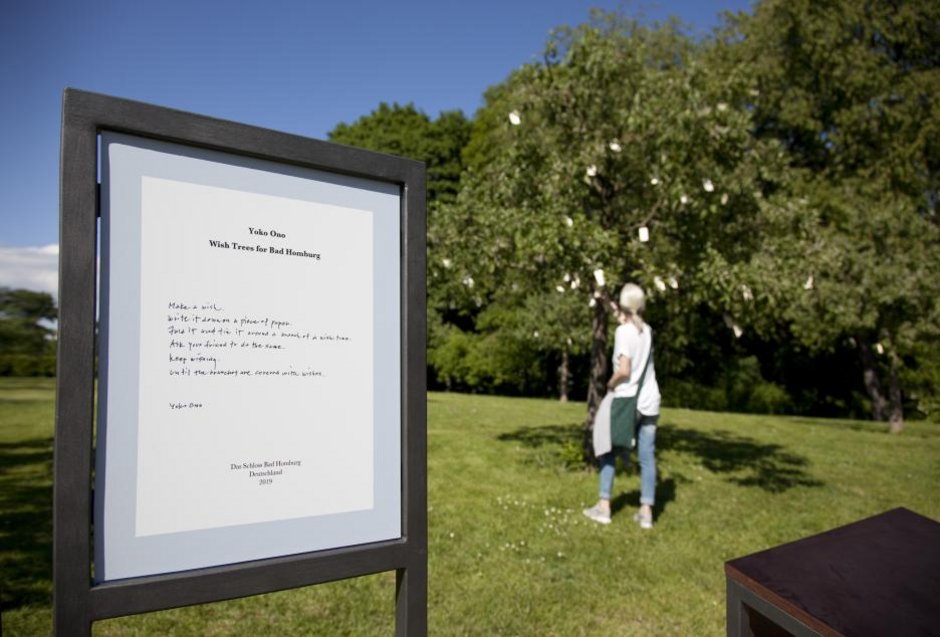 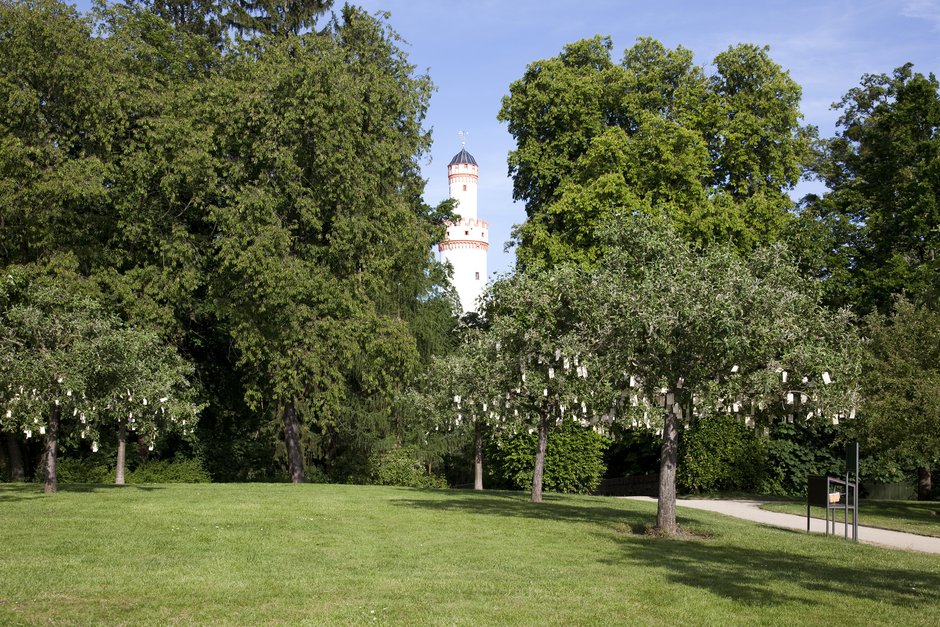 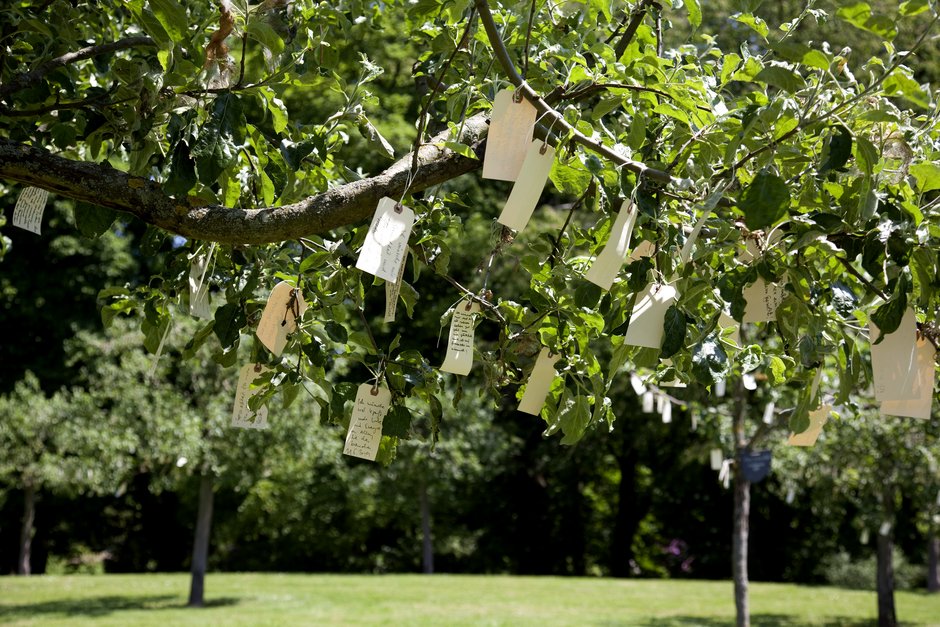 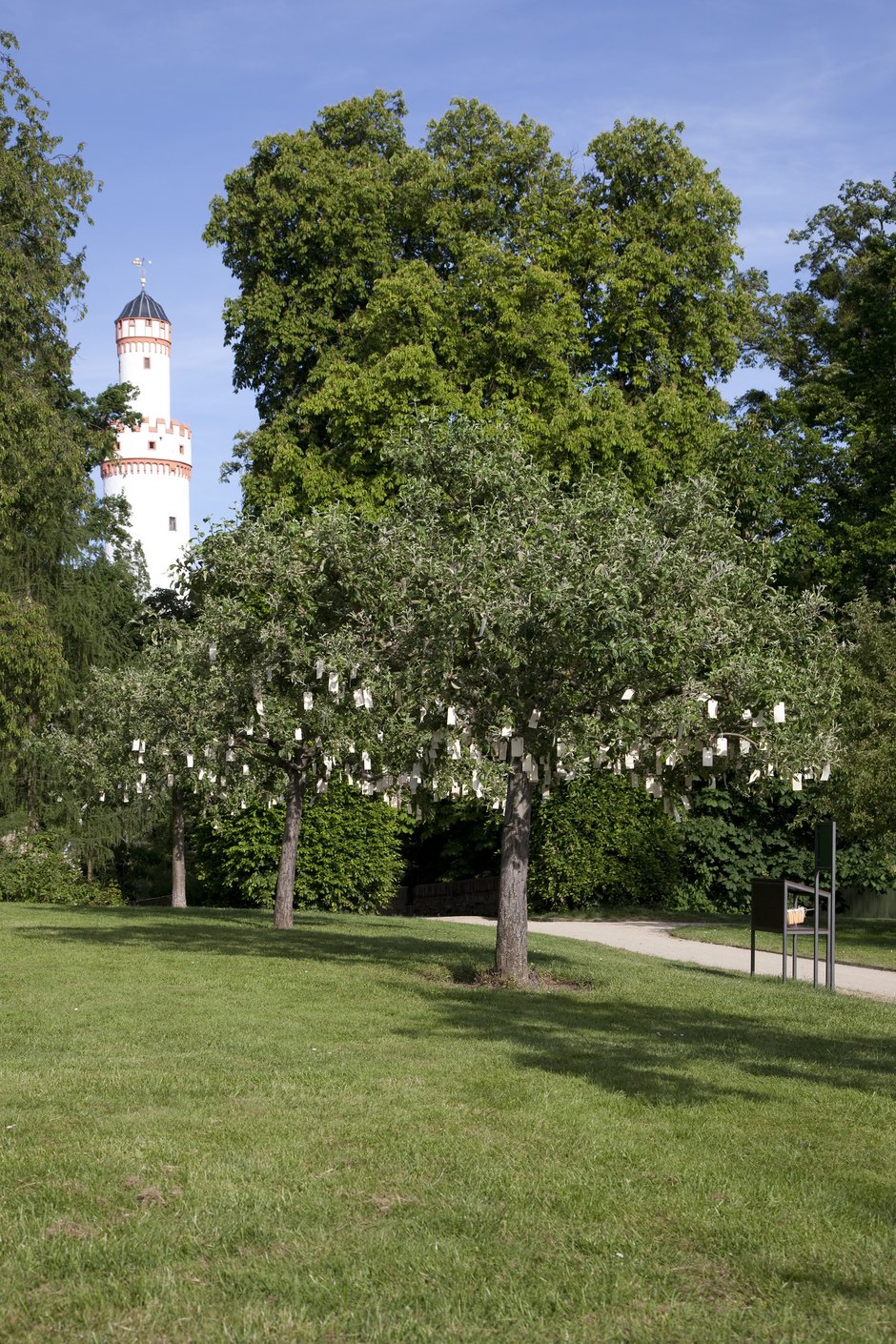 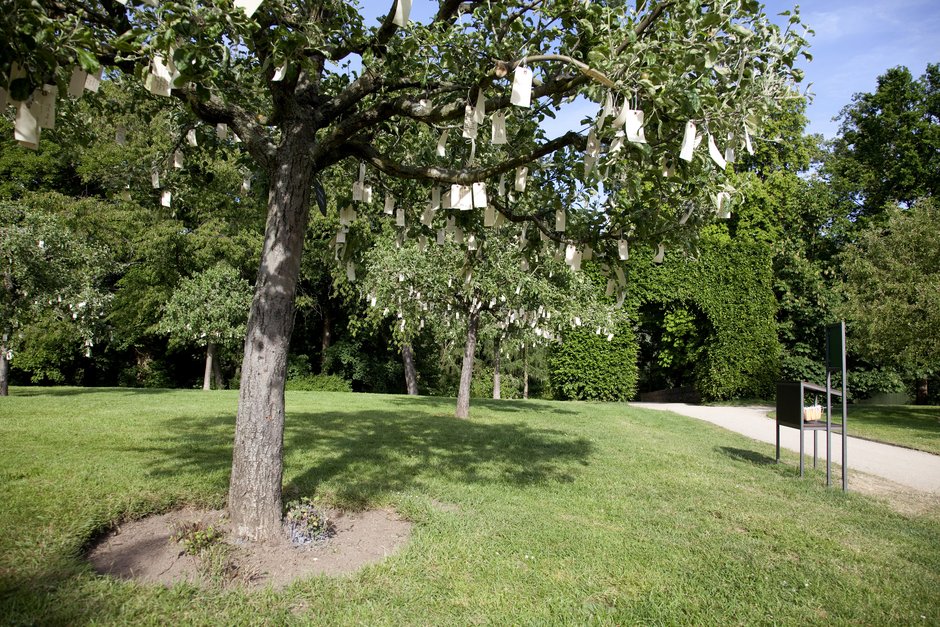 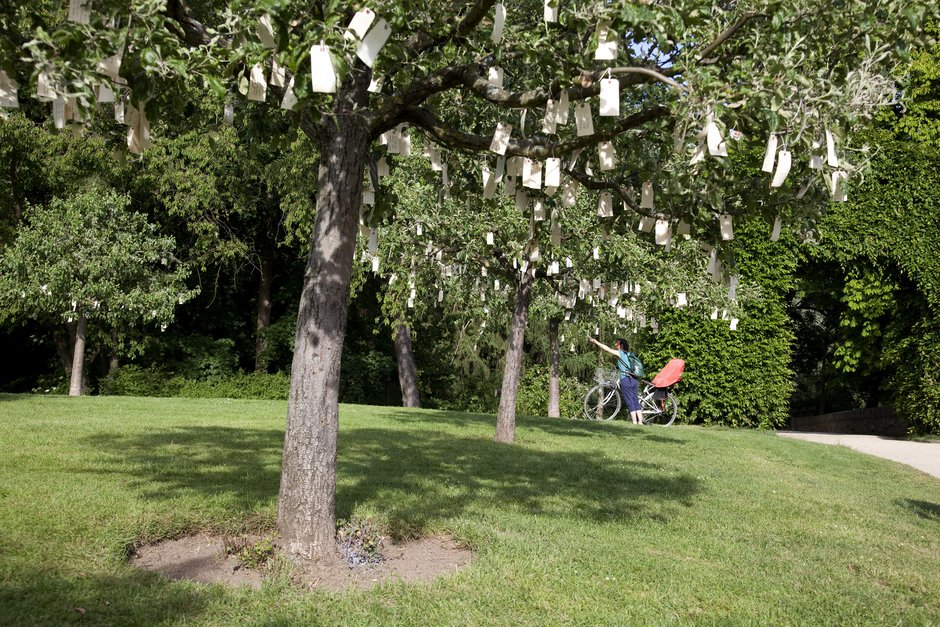 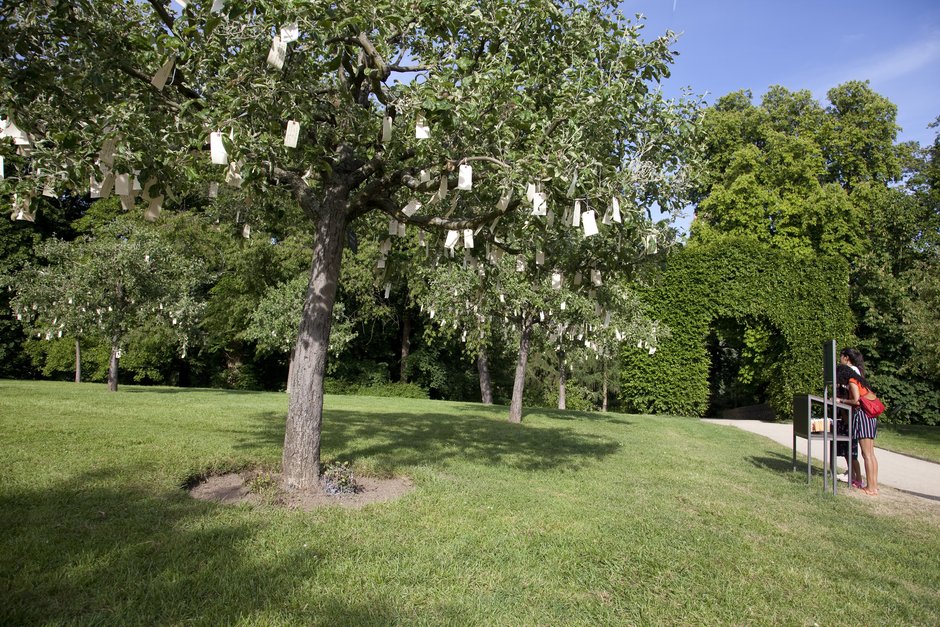 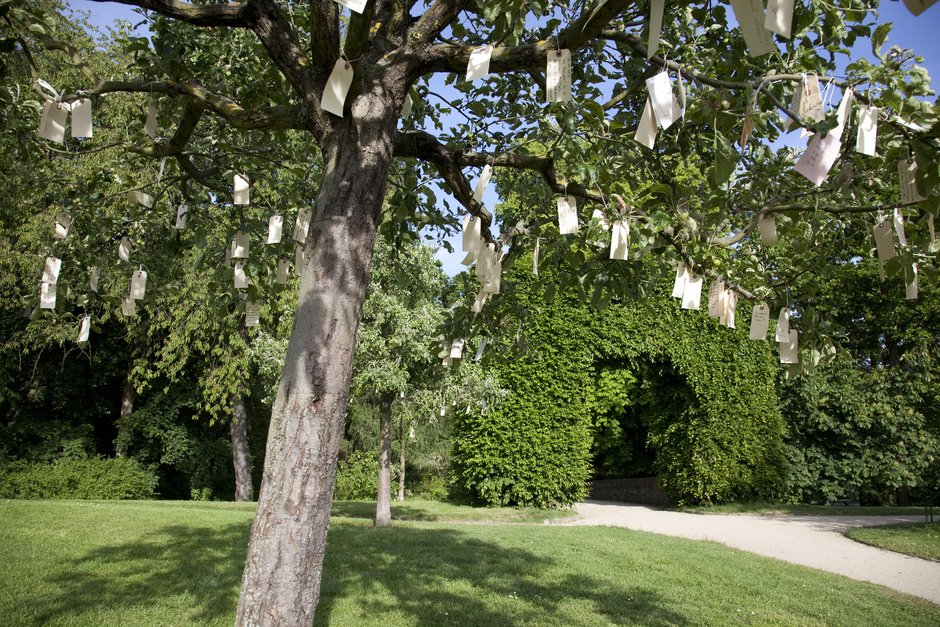 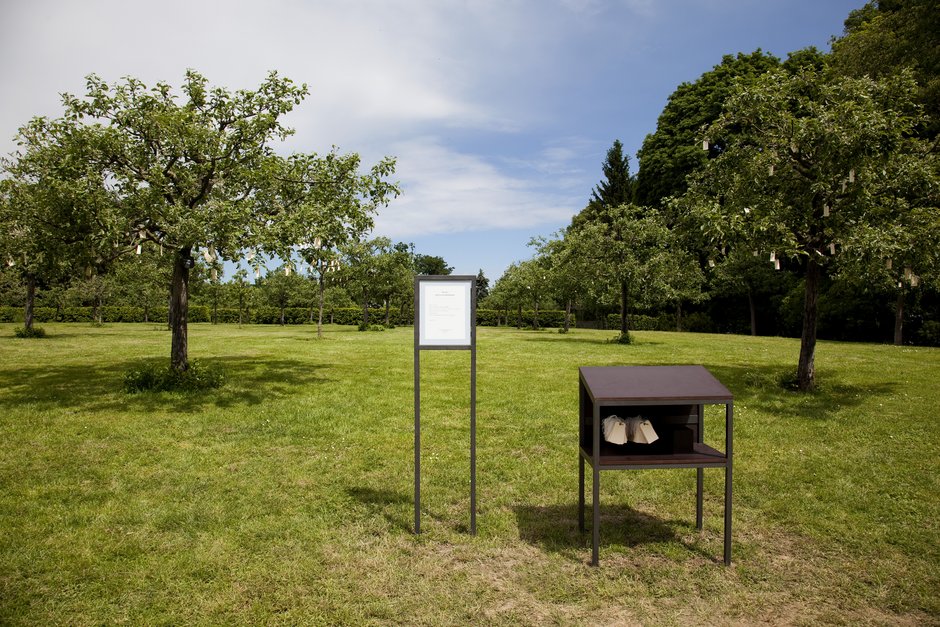 Yoko Ono created her first “instruction pieces” in 1955, and in so doing became a pioneer of concept and performance art. Since then, her artworks have frequently taken the form of ideas and words in place of objects: the work comes into being only in the mind of the observer – in the imagination, or through the carrying out of an often poetic instruction by the artist. Ono published a first collection of such “instructions” in 1964, in her volume “Grapefruit”. She caused a sensation in the art world by creating entire exhibitions consisting of instructions and demanding the active participation of the visitor. In Blickachsen 12, Yoko Ono now invites all visitors to the orchard of Bad Homburg Schlosspark to write down a wish and hang it onto one of the apple trees she has chosen as her “Wish Trees for Bad Homburg”. Gradually, the notes will come to cover the trees like white blossoms. Ono has set up her ongoing “Wish Trees” project in numerous locations around the world since 1996. The wishes are then collected together at her “Imagine Peace Tower” in Iceland. There, between 9 October and 8 December each year, the dates of John Lennon’s birth and death, a light pillar installation throws a beam of light up to 4,000 metres high into the sky. 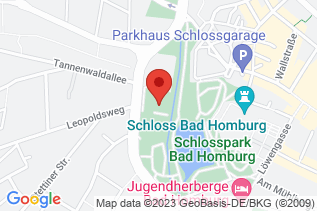