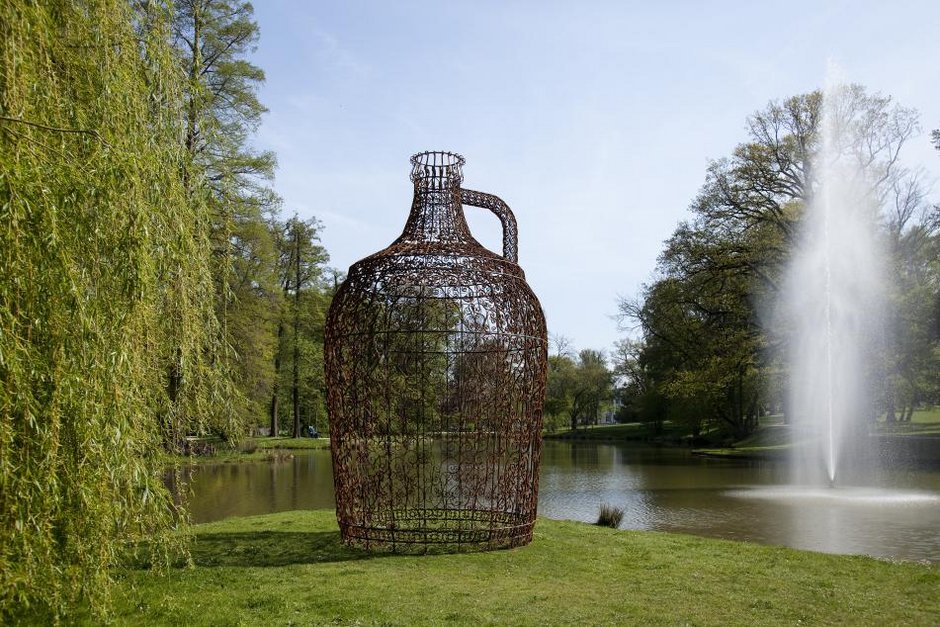 Since taking part in the Venice Biennale in 2005, the Portuguese artist Joana Vasconcelos has been represented internationally in numerous single and group exhibitions, including a prestigious solo exhibition in the Palace of Versilles in 2012, or again, representing Portugal at the Venice Biennale in 2013. Her work is characterized by her use of established forms and materials, translating them into unfamiliar constellations, by means of which she not only playfully elicits a sense of alienation, but also consistently broaches questions of cultural identity. In “Blickachsen 11”, her “Pavillon de Vin”, part of a work series of monumental wrought iron sculptures for the outside space, is on display by the Kurpark pond in Bad Homburg. The curved ornamental iron lines are reminiscent of a traditional balcony balustrade, but are here welded together to form a diaphanous, carafe-shaped “space for wine”. In this play with ambiguity, the material takes on an equally double role – as a decorative and as a functional element: the wrought iron forms are both a sculptural art work and a lattice-work for plants, onto which, over time, vines will become entwined and form a secluded bower. 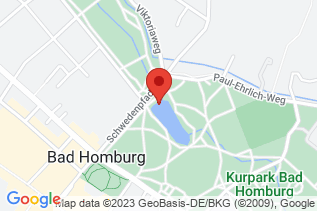