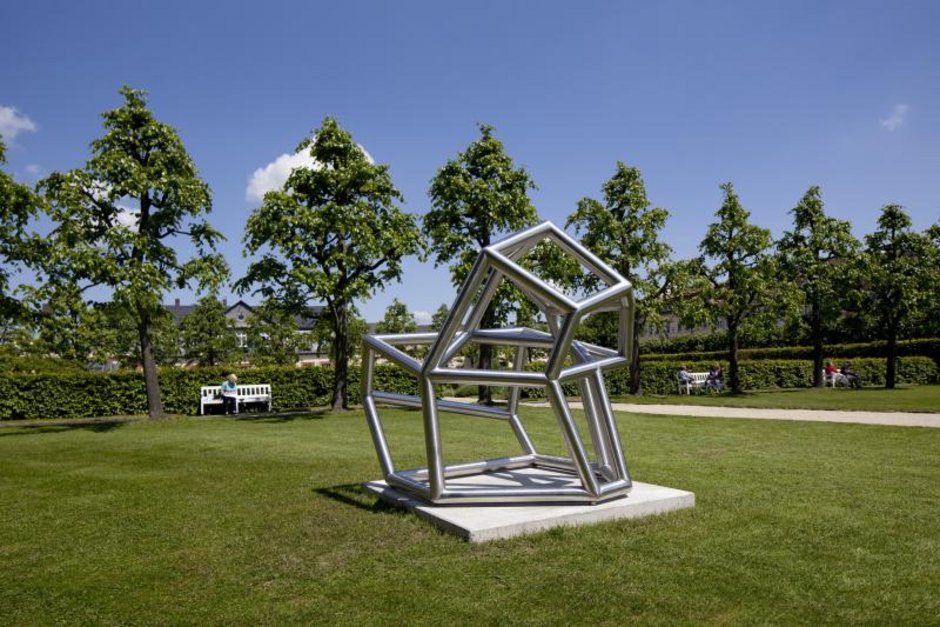 With an impressive consistency and readiness to experiment, Richard Deacon has since the
1970’s produced a complex body of abstract spatial constructions, for which he has already
been awarded many prizes. His exploration of the most varied of working materials, and his
facility in manipulating them, form the basis for his sculptural designs. His works overcome the
resistance of metal, and squeeze wood into endlessly curved shapes which cut through space.
“Siamese Metal #6” is part of a series in which Deacon combines two tubular steel structures
so that they share features at their interface. Although bound together as a single overall
structure, they remain accessible as individual forms. According to Deacon, the term “Siamese”
in the title of these works refers to “the twinning process, as in a Siamese junction in pipework,
and harks back to the now discredited term for conjoined twins, a naming that recalls a pair
of conjoined acrobats in the nineteenth century court of the king of Siam.” Individuality and
autonomy are here brought together with notions of community, intersection and exchange.