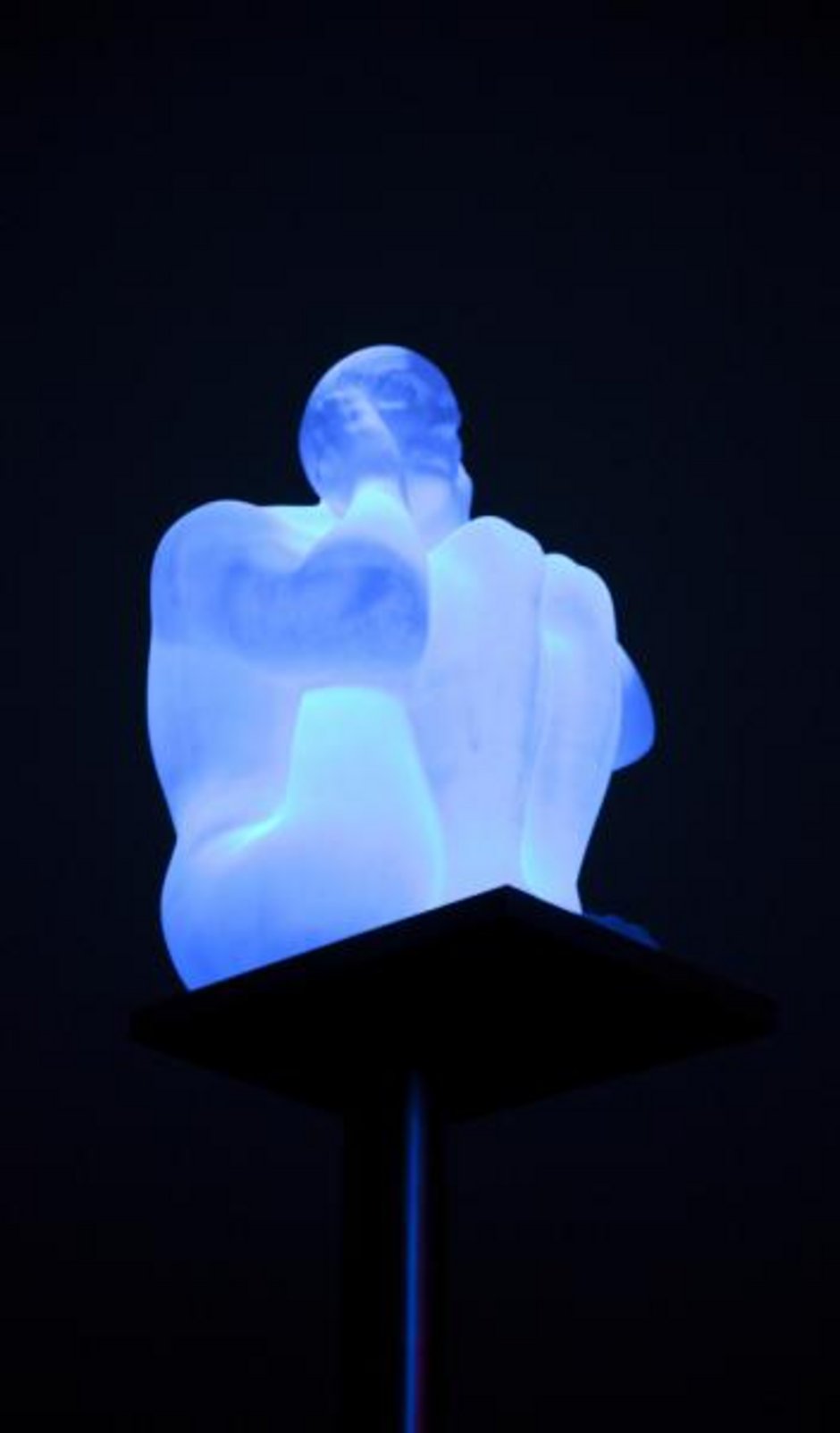 With Jaume Plensa, another world-class artist is represented in “Blickachsen 9”. Works by Plensa are on display in The Squaire and by the main entrance to the IG-Farben building, where his towering three “Poets in Frankfurt” await the visitor to the Westend campus. The ‘poets’ sit, relaxed and with their knees pulled up, like stylites – each perched on a platform on top of an almost six-metre high steel pole. In their posture they mirror the “Body of Knowledge” sculpture in the campus grounds. Going beyond mere considerations of form, Plensa is primarily concerned with the spiritual dimension in his works: he describes the body as the receptacle for the spirit, and he brings in both text and lighting as sculptural material. Like the Three Monkeys, considered in Asia to be symbols of wisdom, the three “Poets in Frankfurt” close off respectively either eyes, ears or mouth, and the script on their heads calls up associations of “Day-Night”, “Heaven-Hell-Poetry” and “Religion”. The LED light emanating from their insides makes them shimmer in white during the day, but when it gets dark they are illuminated in all the colours of the rainbow, in a sustained address to the observer’s imagination.
In The Squaire building at Frankfurt airport, an installation of sixteen “Silhouettes” hangs like a giant mobile over the heads of visitors in one of the four atria of the building. The life-sized silhouettes of people, caught in a variety of everyday situations, are suspended on metal bands of text which appear to snake up from their heads, functioning almost like banners in medieval painting, or speech bubbles in comics. The letters, cut out from sheets of stainless steel, combine to form literary quotations, particularly from poetry: aphorisms demanding an imaginative participation on the part of the observer. One of these is William Blake’s “One thought fills immensity”, which is a leitmotif spanning the whole of Plensa’s work, and at the same time the concept illustrated by the “Silhouettes”: for the artist, silence and the word, thoughts, ideas and dreams all have their own materiality, and constitute in their vibrant energy the very material of sculpture.