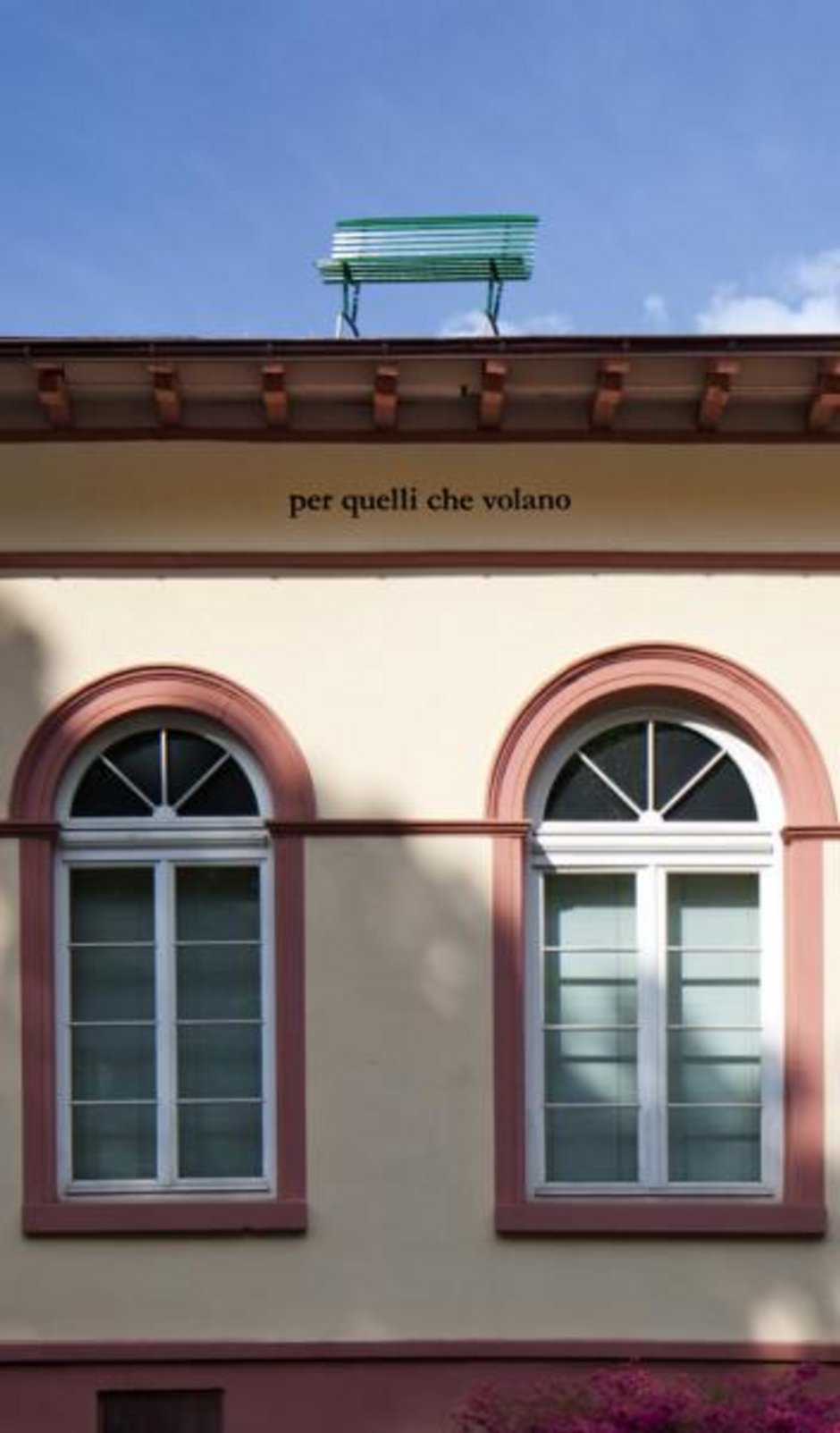 The work of the artist Luigi Mainolfi, who has lived and worked in Turin since the 1970’s,
embraces sculpture and drawing as well as performance art and light installations. Mainolfi
became known above all for his elaborately crafted clay sculptures and his filigree metal
constructions dubbed “heavenly drawings”. In recent years he has turned increasingly towards
multimedial forms and installations. His work “Per quelli che volano” (For Those Who Fly), on
display in “Blickachsen 9” on the roof of the Bad Homburg casino in the Kurpark, addresses the
fleeting, immaterial notions of heaven, air and finally, imagination. The installation consists of
two parts: an ordinary green park bench and a legend in black letters which is at the same time
the title of the work. Here, this very familiar object becomes a sculpture primarily by virtue of
its unusual position up on the roof and its interaction with the inscription on the wall beneath
it. In one stroke, the four words form an ironic commentary, provoke thought, and constitute a
surreal operating manual. The absurd position of the bench produces a momentary dislocation
which triggers an imaginative shift in thought.