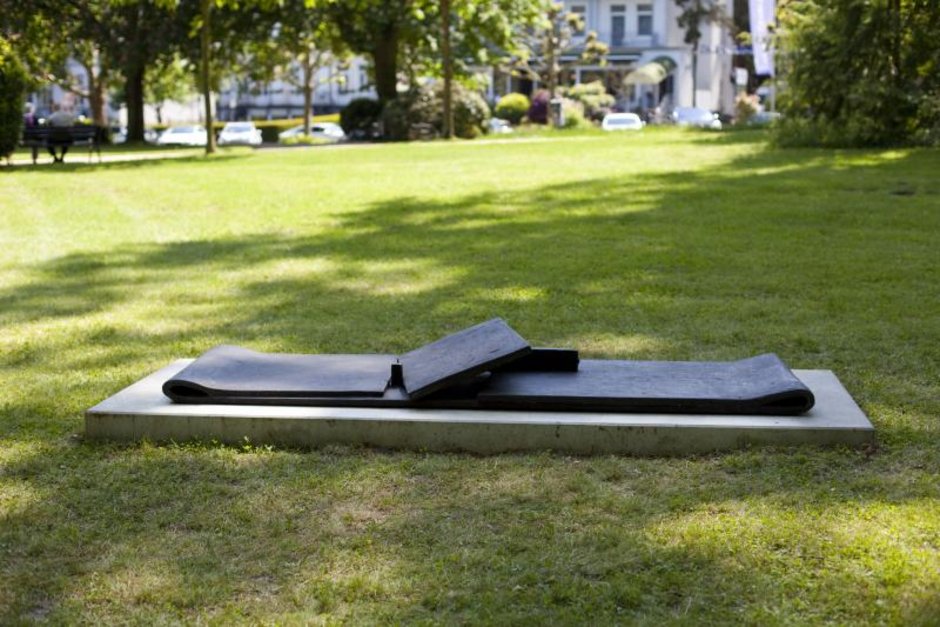 Spirituality lies at the heart of Shim Moon-Seup’s work. The artist, who was born in South
Korea, and whose works have been internationally exhibited, considers sculpture without a
spiritual dimension to be lifeless. For this reason he works predominantly with materials near
to nature, such as iron, stone, wood or even air. Water has a special place in his work, and is
frequently employed either literally or poetically in his installations. Although Shim Moon-
Seup’s works often seem to be minimalistic, they operate, in their meditative perfection, within
an elaborate field of tension. His objects frequently explore diverse extremes, set against each
other in an equilibrium: hard and soft, straight and curved, in a natural state or worked. These
principles also inform his work “Opening Up”. The hard iron strip, folded into a loop, seems only
recently to have been filled with air, or some other ephemeral element. The loss of this inner
tension stands in contrast to the rigidness of the material. At the same time a door is opened to
an unknown world, which seems to lie in a dimension beyond ours.