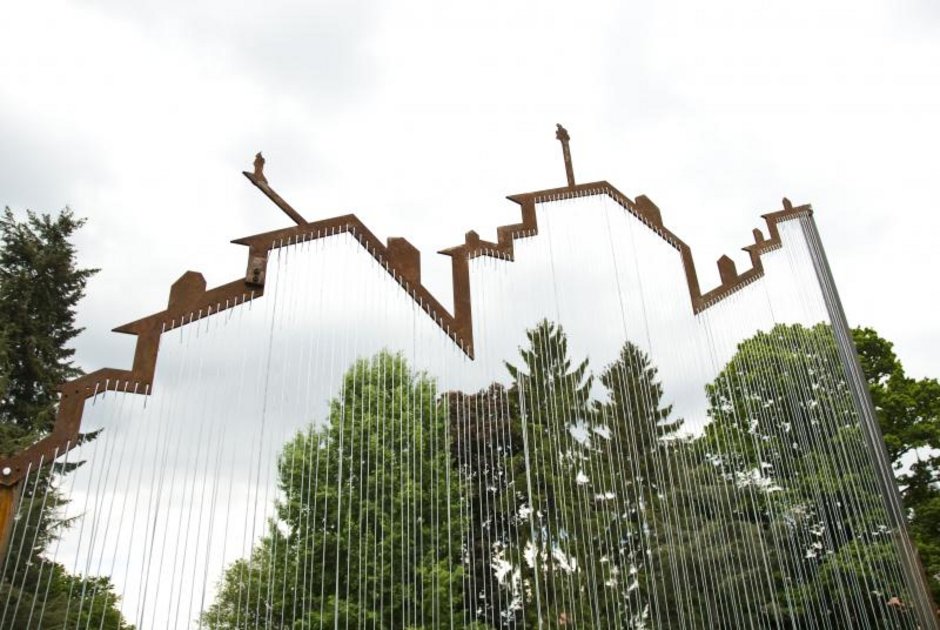 Yazid Oulab studied at the art academies in Algiers and Marseille. He has lived and worked in
Marseille since 1988. He works in a variety of media including drawing, video, sculpture and
installation art, combining contemporary forms and spiritual traditions in his formally reduced
creations. Working on the frontier between different cultures, notions of affinity, bonding and
transition play a central role in his art. For “Blickachsen 9” Oulab has installed an almost two-
dimensional construction entitled “Montagne urbaine” (Urban Mountain), reaching more than
three metres high and six metres wide in a meadow below the Bad Homburg castle. Three metal
poles support the contour line of an urban roofscape, forming a kind of duplex frame or gateway
filled by hanging wires, as in a string curtain. Small figures are balanced on little platforms
attached to the silhouette’s framework. These figures take up the motif of stylites, which Oulab
had addressed in earlier works. In its baffling immateriality this see-through sculpture functions
as a kind of connector between natural and architectonic space.