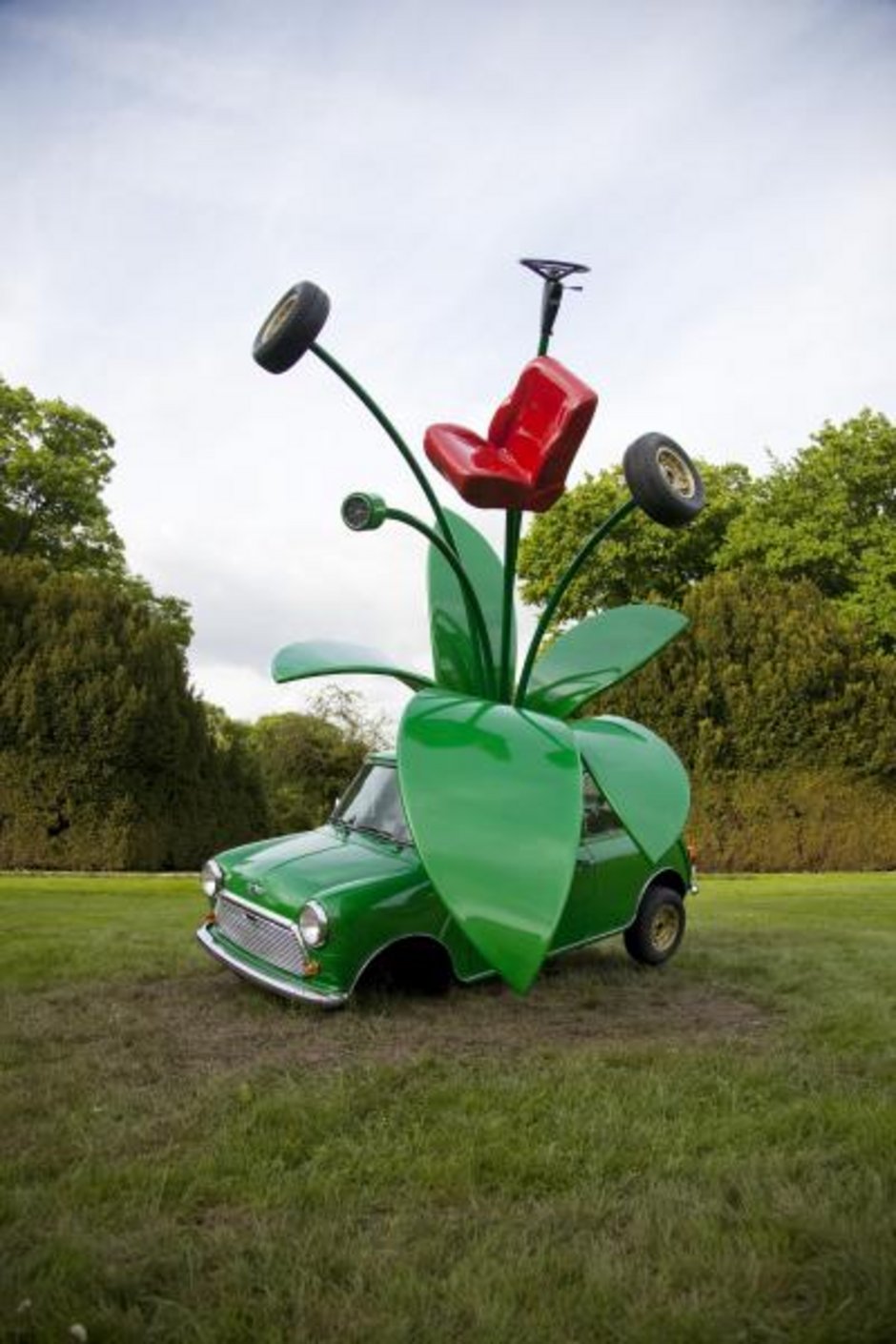 Stefan Rohrer’s striking sculptures are made out of old cars, motorbikes or scooters, which he
dismantles and transforms into autonomous objects. They seem to embody a compressed
sequence of movement, materialised as if in a time lapse, whose story they tell. Rohrer, who
was previously represented in “Blickachsen 8”, now presents two new works in Bad Homburg.
In the Kurpark a grass-green Mini skids to a halt, displaying its innards to the outside world –
most noticeably its bright red front seat, followed by its speedometer, steering wheel and
wheels – transformed as if in the blink of an eye into a blooming red-flowered plant, whose
botanical name (as Rohrer humorously implies) happens to be “Miniatus Floridus”. A chain of
flower power / anti-violence associations links the green Mini with the blue field canon by Joep
van Lieshout, warning of war, displayed in the same spot two years ago. Rohrer’s “Bluebird”, is
made from a Simson Swallow motor scooter, entwined in elegant coils around a lamppost in the
lower castle courtyard. Is it the tremendous speed just before a collision that is being represented
here, or the wild growth of a long-forgotten vehicle, that has put down roots?