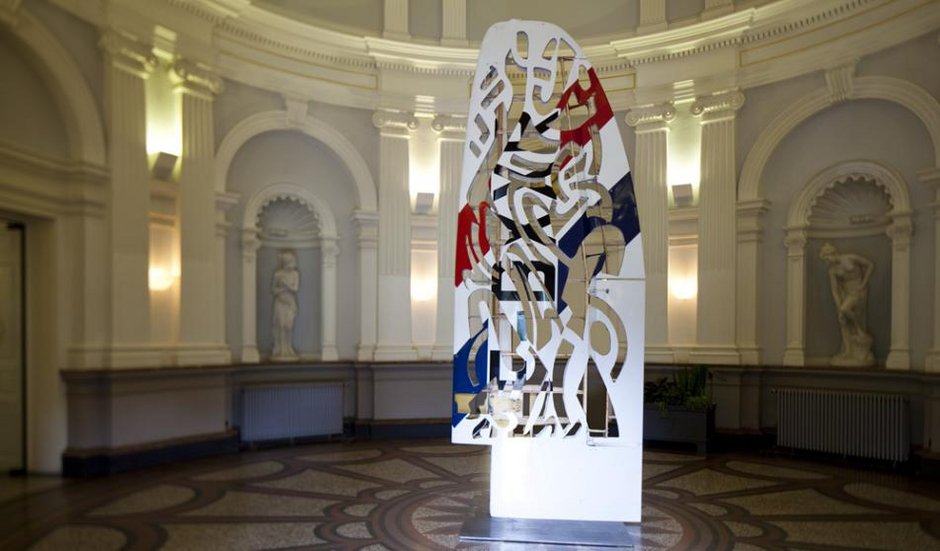 In her photographs, films, graphics and sculptures the multifaceted artist Camille Henrot brings together motifs from a variety of different cultures and regions. She creates combinations possessing a special tension, as her work “Le prix du danger 7” demonstrates: the filigree design of a Melanesian totem has been cut out from the wing of a CAP 10B sports plane. The striking colourfulness of the wing in the red, white and blue of the French flag competes for attention with the distinctive pattern cut out of its surface. The observer’s attention switches between material and pattern without being able to fix on either, as in a picture puzzle. This competition for attention takes on a special topicality in that parts of the Melanesian group of islands are overseas French territory. The traditional painting and totemic belief system of Melanesia are combined in a hybrid assemblage with European modernity and technology. The work thus positions itself within a French post-colonial context. The airplane wing, deprived of its original function, has found a new use and now serves as a vehicle for Melanesian pictorial culture.