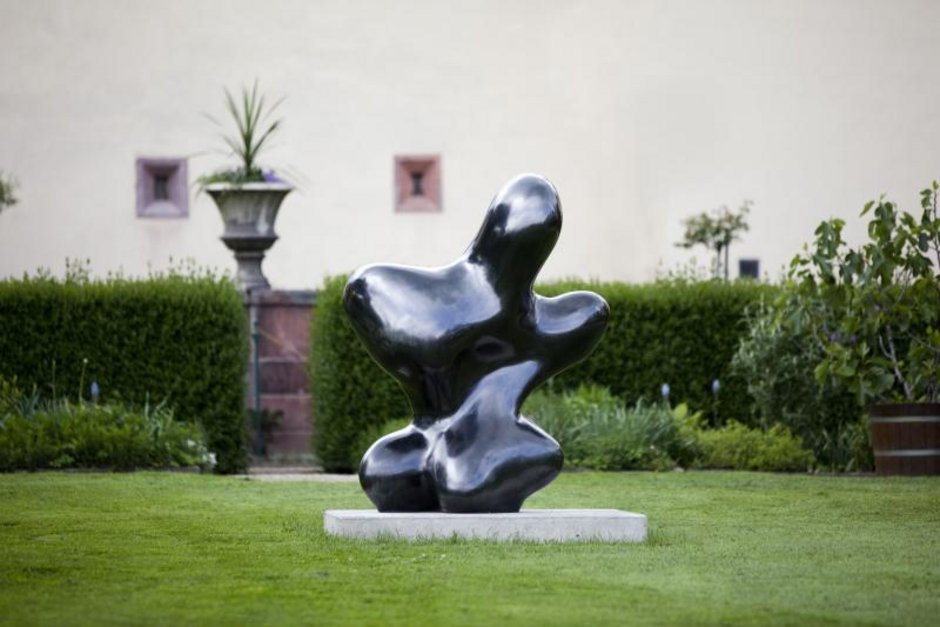 The German-French painter, sculptor and poet Hans Arp is considered one of the leading exponents of Dadaism and Surrealism. In the 1930’s Arp started to devote himself intensively to his work as a sculptor. His plastic creations are characterised by their organic and abstract- amorphous design. His interest in the interplay of nature, Man, animals and the world of things led him to develop an artistic language that can only be described as ‘fluid’ and ‘becoming’ – movements and metamorphoses expressed in plastic form. The bronze figure “Le Pépin géant” from the Fondation Maeght collection, on display in this year’s “Blickachsen”, is a late work by the artist. Standing in the Bad Homburg Schlosspark, the bronze is barely life-sized. The irregularly formed abstracted torso conveys the impression of an entity twisted into itself. Rounded forms and fluid movements invite the observer to circle around the work. Through this kind of ‘controlled’ perception of perspective, the observer is led to look beyond the work, to relate the sculpture visually to its concrete surroundings.