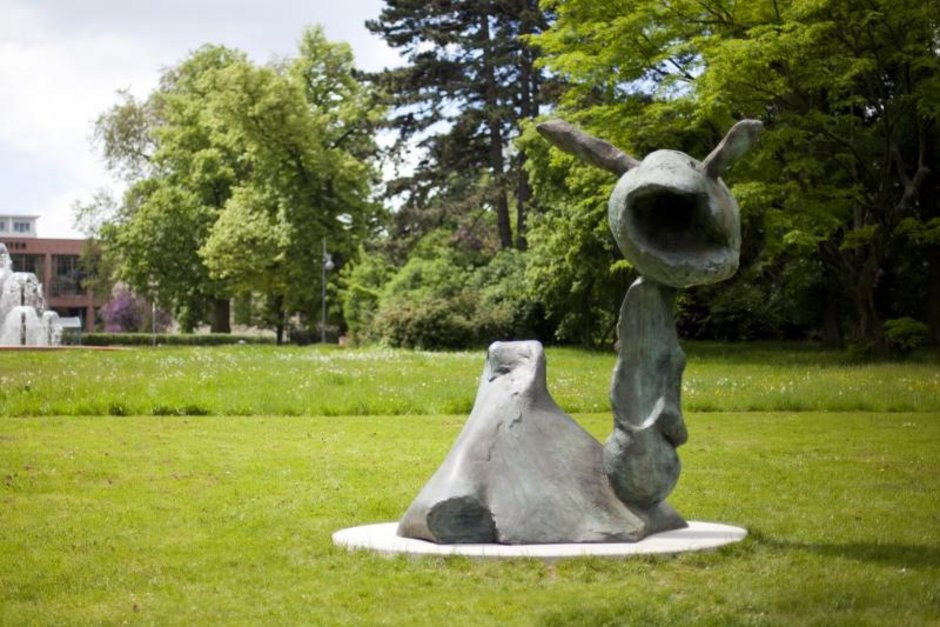 Erik Dietman’s works refuse classification within the conventional canon of 20th century art.
Though he was influenced by the Fluxus movement and Nouveau Réalisme, he never joined
either group. In his highly imaginative works, Dietman combined language, poetry, meaning
and material expression. He experimented with a huge variety of diverse materials and techniques,
developing from them a unique visual language of his own. The large-format bronze “Le
dernier cri” seems like a giant snail made of Plasticine with a triangular shell and a big round
head. Encircling this nonetheless alive-seeming figure gives rise to an endless series of new
impressions and shapes. The blend of associatively invoked visual quotations, unerringly precise
observations, and the playfully grotesque undertones of the work is characteristic of
Dietman’s output. Even the title works in the same way: “Le dernier cri” – quite apart from its
double meaning of ultrafashionable/death cry – is also a reference to Edvard Munch’s “The
Scream”. A polynomial chain of graduated thoughts and interpretations, wittily and grotesquely
explored by the artist, lies concealed behind the first impression of a child-like form.