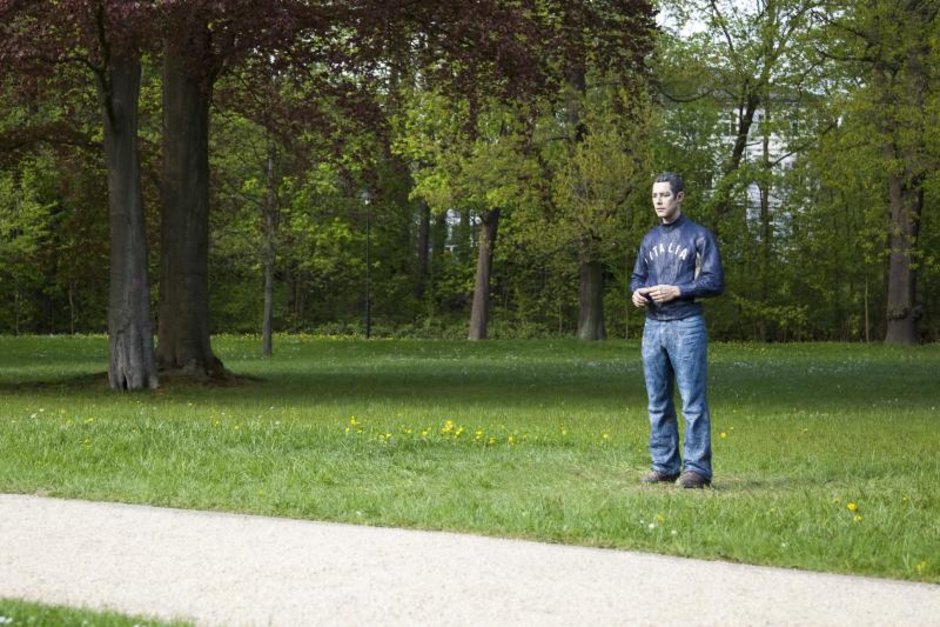 With his painted bronze figures, the British sculptor Sean Henry is reviving a tradition of polychrome sculpture. His works are primarily designed to be presented in urban public spaces. They consist  of representations of present-day people in everyday clothes, which appear realistic only at first glance. Closer examination reveals that buttons, zips and other similar details are frequently missing from their clothes. The figures are also never life-size; they are, rather, either much larger or much smaller than real people. The impression of hyper-realism is thereby avoided. At the same time, the three figures by Sean Henry on display in the Bad Homburg Kurpark appear as if frozen in a moment of introspection. This cognitive oscillation between naturalistic representation and a figure onto which human experience is projected, between simple shifts in scale and familiar ordinariness, triggers thoughts on themes such as the nature of society or one’s own position within it. As a result, Sean Henry’s sculptures are characterised by the spontaneous references they engender in the observer: interactive moments between sculpture and observer are by no means the exception.