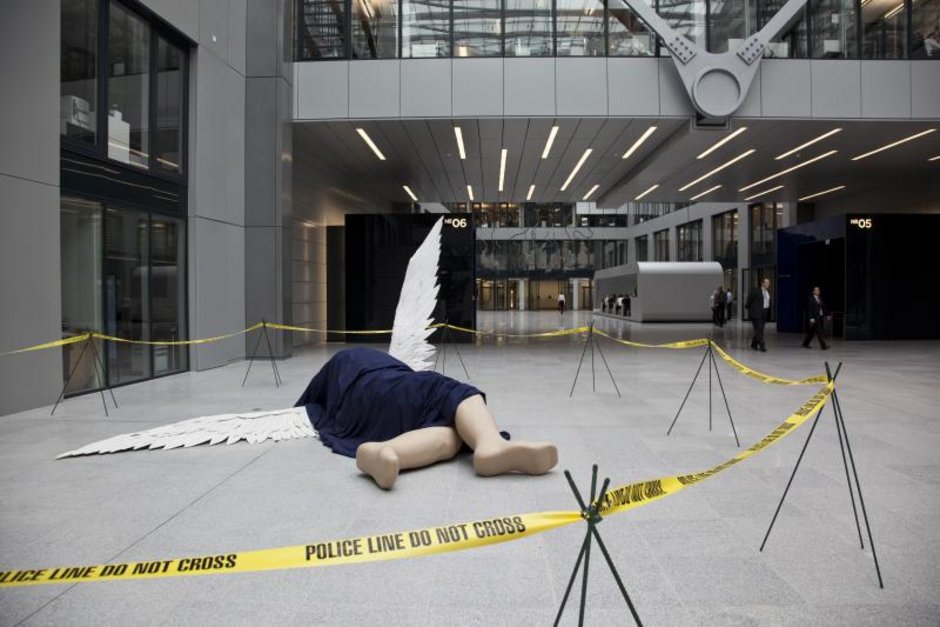 Ilya and Emilia Kabakov, who live in New York, have worked together as a married artist couple since 1989. As early as 1992 they took part in the documenta exhibition, and a year later, the Venice biennale. Ilya Kabakov trained as an illustrator in the Soviet Union in the 1950’s and went on to illustrate children’s books. Together with other artists he founded the group of Moscow Conceptualists. Today, together with his wife and artistic partner, he designs “total installations”, often reflecting the breakdown of socialist ideals, yet at the same time continually looking beyond them: they tell of universal utopias, of fears, fantasies and dreams, of failure and progress. “Fallen Angel”, also, prompts in the observer a narrative chain of associations, inviting him to creatively participate in the artwork. The work’s title refers to the religious myths of Lucifer, Satan or Samael, and even the legend of Icarus imposes itself associatively on the represented figure. In the process, the police barrier tapes forming part of the installation lead the observer to infer an accident has just occurred – the incident as well as the connected questions seem like breaking news.