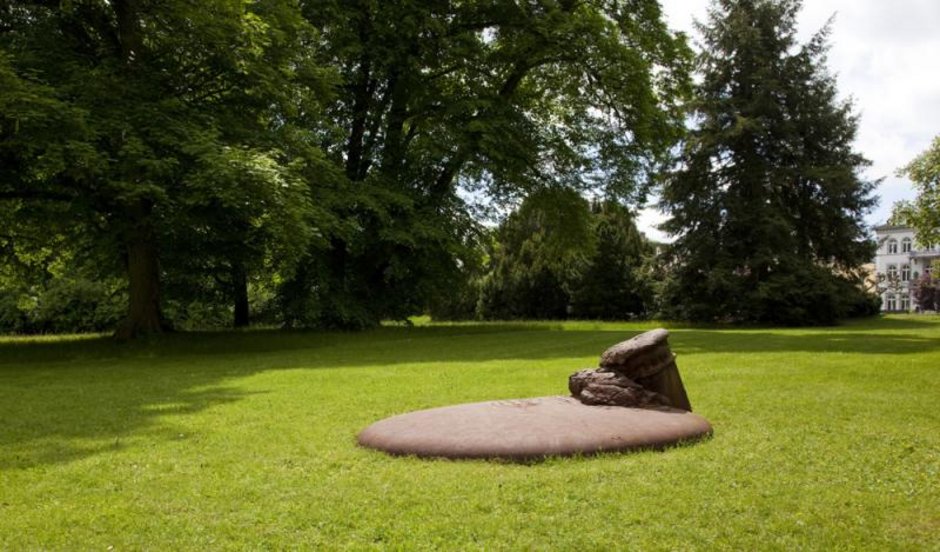 In his early work, the French sculptor and object artist César (César Baldaccini) was influenced
by Giacometti and Richier, whom he came to know following his studies in Paris. From 1960, in
a climate of Nouveau Réalisme, César created his then sensational series “Compressions
dirigées” (Controlled Compressions), using a hydraulic press to compress wrecked cars and
other metal objects into cubic forms. Exploring the reverse, in terms of deformation, he went
on to create his “Expansions” using a special polyurethane foam. Initially liquid, the foam
massively expands in volume on contact with the air and quickly hardens. Pouring out this
synthetic material and with no other intervention by the artist, César created abstract floor
sculptures whose amorphous form is determined by the material alone. Unimpeded, the slowly
moving mass would expand in space. In this, “Expansions” refers to our perception of volumes
in space, and their relation to their surroundings. In “Blickachsen 9”, an “Expansion”, made for
open-air exhibition in cast iron, is on display in Bad Homburg. Here the hardness of the material
stands in contrast to the softness of form.