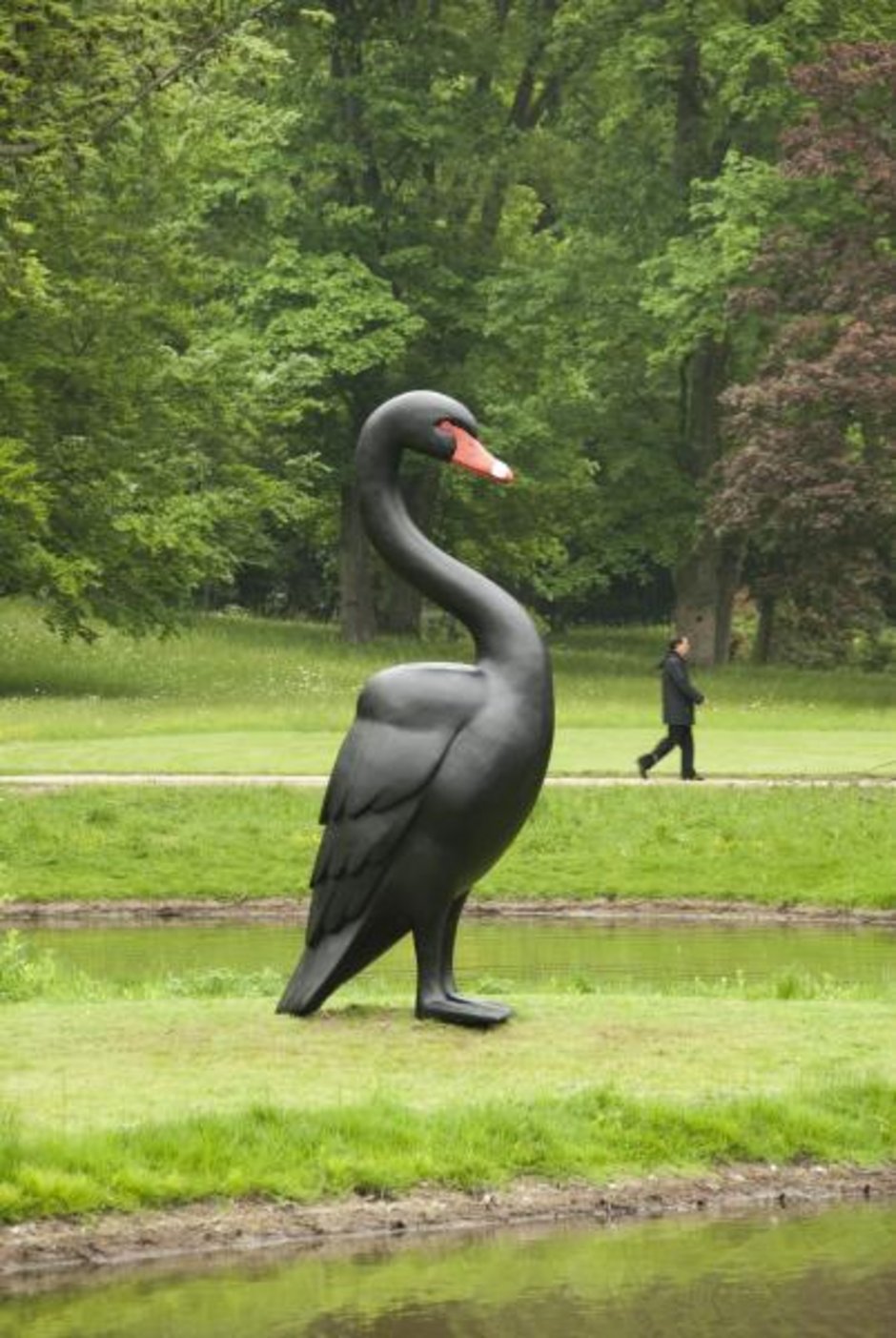 Kenny Hunter, whose work has been shown in previous “Blickachsen” exhibitions, and whose
“Red Boy” is on permanent display in Bad Homburg’s Skulpturenallee, has created two special
works for “Blickachsen 9”. “Horse and Rider (Plinth Trial)” features a high wooden trestle of the
kind formerly used as a temporary plinth in trial installations for a sculpture’s eventual display.
In this, Hunter refers specifically to Auguste Rodin’s revolutionary decision to present his
“Burghers of Calais” on ground level, a pivotal point in modern sculpture. And in presenting a
girl on a pony on this plinth instead of a male rider on horseback with all its connotations of
power and authority, he is deliberately inverting a traditional value system. “Black Swan”, the
second of Kenny Hunter’s works on display, was made specially for its idyllic location by the
recently restored pond in the Kurpark. Here the giant yet graceful bird expands the traditional
symbolism of the swan with new layers of meaning. For until their discovery in Australia
in 1697, the term “black swan” was commonly used in the English language to mean
“an impossibility”.