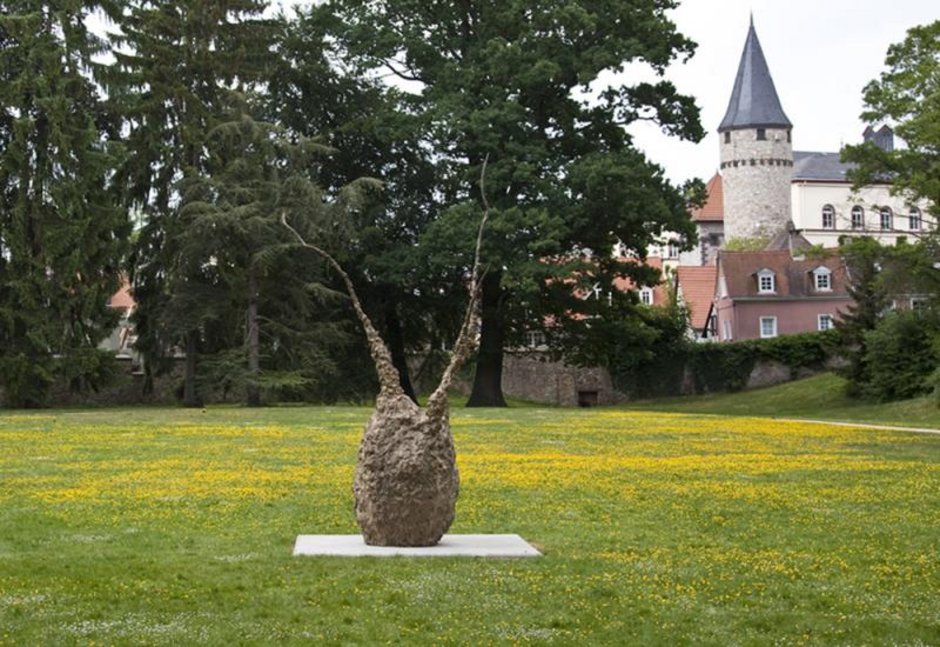 Proportion and weight are early and repeated themes in the multifacetted sculptural work of the Austrian sculptor Alfred Haberpointer. In their contours his abstract works in wood, lead, iron or bronze recall organic structures, whose differentiated, roughened surfaces take on a central meaning. In “Blickachsen 8” one work from the series “Gewichtung” and one from “Verzahnung” are to be seen on a large meadow below the Bad Homburg castle. Here Haberpointer balances between perceptions of great weight and great lightness. “Gewichtung”, created in 2004, shows a voluminous, egg-shaped biomorphic body balancing on three apparently much too thin legs, making it seem altogether too heavy and instable. On the other hand “Verzahnung” (2009), consists of a similar construct, but one whose body is on the ground and – stretching and swaying – seems to be exploring its surroundings with three long feelers. In the process, the impression that the sculptures are alive, and their sensual affect, are emphasized through the animated structure of their surfaces.