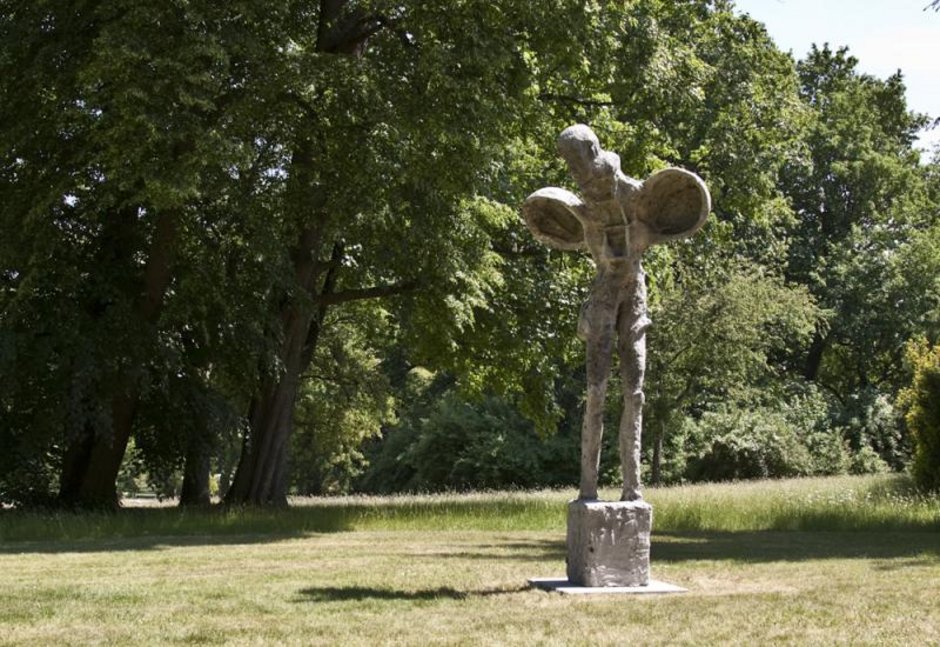 The Belgian artist Johan Tahon works with an almost obsessive creative drive on his sometimes metres-high figures, formed out of his preferred plaster and ceramic. Created without any preparation, his works are works in progress, in a continual process of change. Their various components are worked separately, then combined into human or animal-like forms, figures of fantasy and dreams – and then sawn up again and re-combined. Mysterious figures come into being, with an anatomy entirely of their own – instead of hands or feet, for example, we often find balloon-shaped appendages, which seem to render these beings incapable of functioning. For his open-space installations Tahon also creates his sculptures in bronze or polyester. In “Blickachsen 8”, he is represented by two figures in the Bad Homburg Kurpark. On the meadow below the Schmuckplatz the visitor is greeted by an almost four-metre high creature entitled “Liminal Act”, while nearby the being called “Offer” stands on two stools. Through their highly expressive presence both works seem to incarnate a world of dreams and the unconscious.