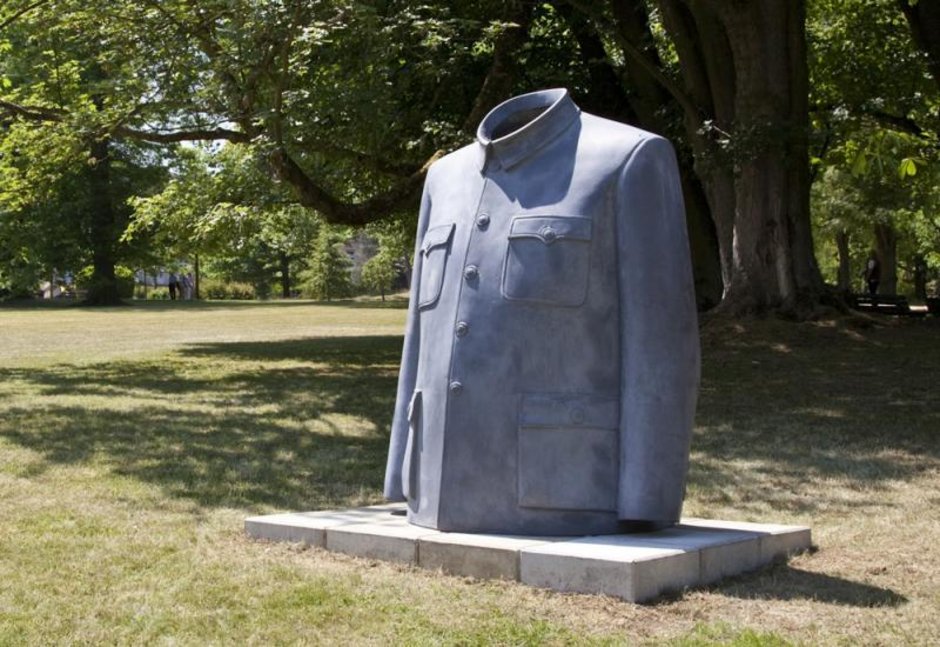 Sui Jianguo, Professor of Sculpture at the Beijing Academy of Fine Art, is one of the most prominent representatives of the world-renowned first generation of contemporary Chinese artists. His works – such as the red toy dinosaurs with the inscription ‘Made in China’, or the famous Mao jacket-sculptures – are ambivalent symbols equally for communist as for capitalist China. In his works entitled “Legacy Mantle” Sui Jianguo creates a variation in terms of material, form and colour of Mao’s suit jacket, a motif which has become an icon of the Chinese cultural revolution. In the hollow jacket, presented without a body or head, the figure of the former Party chairman Mao Zedong is both conspicuously absent and yet eerily present. In “Blickachsen 8”, three such jackets are on display in the Bad Homburg Schlosspark: they are arranged in the formation of the three Chinese characters for ‘Man’, which combine to form the symbol for ‘the people’. A deliberate visual axis connects them with a further, single sculpture in the Kurpark – representing Mao. The installation as a whole is conceived by Sui Jianguo as a critical allegory of the ‘legacy’ of Mao Zedong.