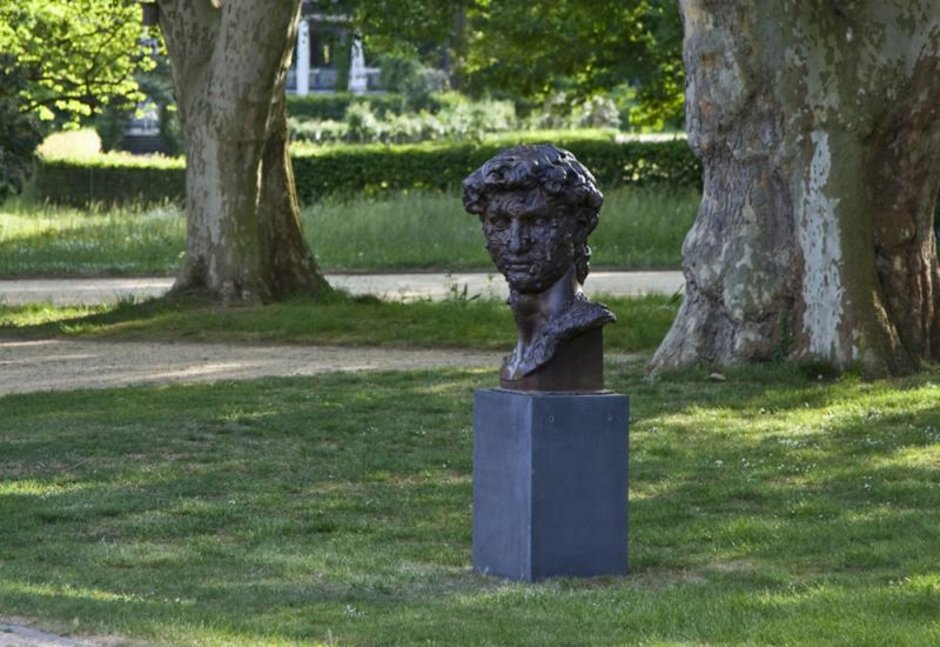 As the starting point for his mainly cast-bronze sculptures, Caspar Berger employs silicon casts of models or of his own body. For him the skin, as the essential boundary between interior and exterior, is a personal and at the same time cultural and political membrane. A recurring element in his work, inspired by the Italian Renaissance, is the self-portrait – understandable for a painter, but an unusual subject for a sculptor. His bronze “Torso ZZM / Self Portrait no. 6” is based on the “Belvedere Torso” in the Vatican, a fragment of classical antiquity which has inspired sculptors from Michelangelo to Rodin. Berger overlays the form of the male torso with an imprint of his own skin – as if crudely sewn together with obvious stitching – thereby connecting the cultural membrane of the present with an icon of art history. In the same way Berger connects the head of Michelangelo’s David – a symbol of heroism – with the self-portrait: the skin surface of his “David / Self Portrait no. 11”, which appears wounded when seen from a distance, consists of numerous small self-portraits of the artist which only become recognizable on closer observation.