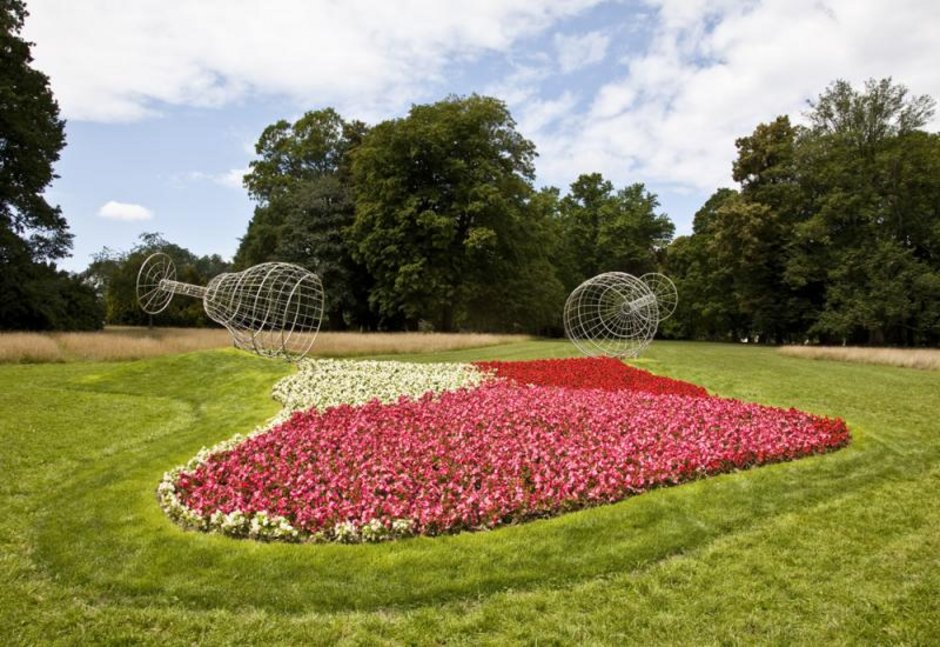 Dennis Oppenheim, one of the pioneers of American concept art, has since the 1960's constantly explored and renewed the boundaries of art. With his land-art projects he broke out of the spatial confines of the art gallery and the museum; and in his spectacular body-art performances he was an early exponent of video and film as a means of expression. Drawings and photographs are as much part of his output as are object-works, sculptures and installations. In "Blickachsen 7" Oppenheim was represented by several steel tree structures, on the 'branches' of which industrially-produced everyday objects were mounted. In the "Blickachsen 8" exhibition his work is represented by "Color Mix": two steel frames forming the shape of two monumental wine glasses. They lie, tipped over, on a hillock in the Kurpark, and the imagined red and white wines flow as red and white fields of flowers over the ground, only to come together in a blossoming pink bed of flowers. The irregular flower arrangement creates an unusual splash of bright colour in the landscape garden, and at the same time forms a contrast to the precise geometric borders of the flower beds in the nearby Schmuckplatz.