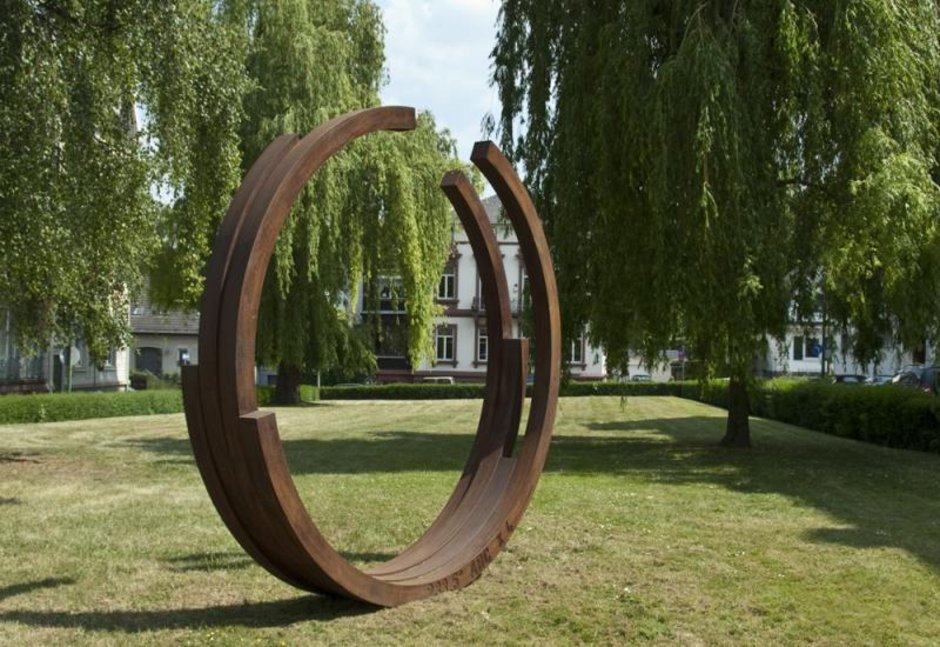 The multifacetted artist Bernar Venet is world famous for his unmistakable steel sculptures in public open spaces. His most prominent work in Germany is probably his “Arc de 124.5º”, installed in Berlin. A number of works by Venet have been exhibited in previous “Blickachsen” exhibitions, and his sculpture “Indeterminate Line” is on permanent display in the Bad Homburg Kurpark. In “Blickachsen 8”, nine of Venet’s works will be on display in Frankfurt. These works mirror Venet’s profound interest in the thematic of the line, which has determined his artistic output since the 1980’s. Next to groups of strictly geometrical straight lines or arcs there are irregular spiral forms and tangles of lines in square steel. In Bad Homburg, “233.5º Arc x 4” is on display, one of Venet’s works consisting of staggered steel “Arcs”. Four identical arcs of square steel each form a segment of 233.5 degrees. They are parallel to each other, yet staggered – only on a second glance does it become clear that they are equal both in form and in the size of their segments. Despite its formally reduced pictorial language, the work gives an impression of dynamic movement and power.