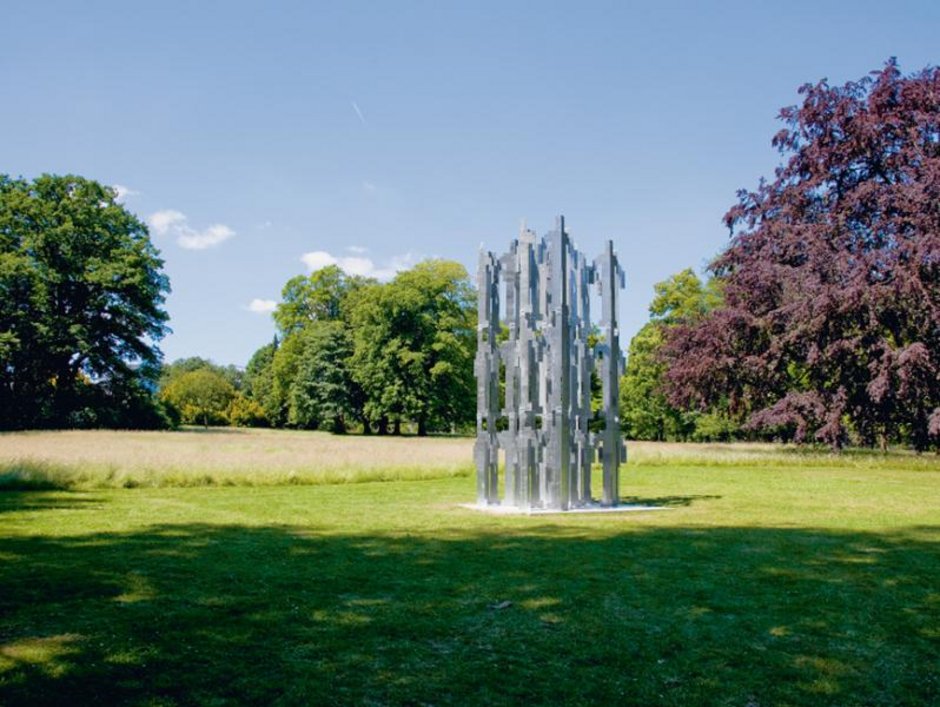 The multifaceted work of the American artist Jonathan Borofsky is internationally known through his many sculptures in public spaces. In Germany, his ”Hammering Man“ stands outside the Frankfurt Trade Fair, or in Berlin, ”Molecule Man“, installed on the river Spree. Convinced that painting and sculpture were out-dated, Borofsky decided in the late 1960’s to completely change his artistic direction. He now started to write meditations in numbers, and to express his thoughts through numbers and diagrams. Later, taking up conceptual art, he attempted to translate scientific knowledge into artistic models, and in this way finally to represent human history. It is against this background that the large-format steel sculpture ”Human Structures“, which towers up on the lawn below the Schmuckplatz in the Bad Homburg Kurpark, is to be understood: four interconnected columns, each consisting of groups of stylized, life-sized human steel figures standing on top of each other in the form of a tower, linked together by their hands. “Hand in Hand“, the figures form a human structure, representing the structure of humanity.