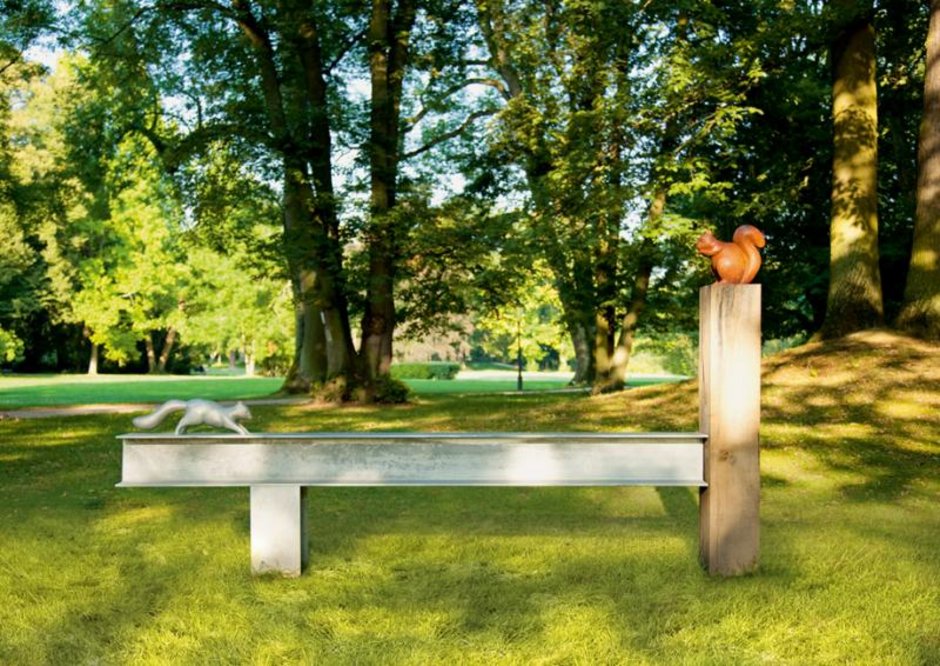 Kenny Hunter was represented by two works in the last ”Blickachsen” exhibition. ”Red Boy“, his depiction of a modern young boy based on the classical art of the memorial, but at the same time renewing it in its simplified formal language, has since been on permanent display in Bad Homburg’s ”Skulpturenallee“. This year Hunter’s ”Bonfire“, a double installation in a wooded, seemingly archaic area of the Kurpark, refers to adventure and the wilderness, to the original nature and the survival strategies of past times, but at the same time to environmental and energy-related questions of the present. ”Grey Versus Red“, Kenny Hunter’s second work to be seen in ”Blickachsen 7“, also thematizes the struggle for survival: in a play on the displacement of the native British red squirrel by the North American grey squirrel, a conflict situation is here suggested by the apparently threatening posture of the grey squirrel. The confrontation of colours, materials and height relations underlines the metaphorical relationship of this to social order and the structures of society.