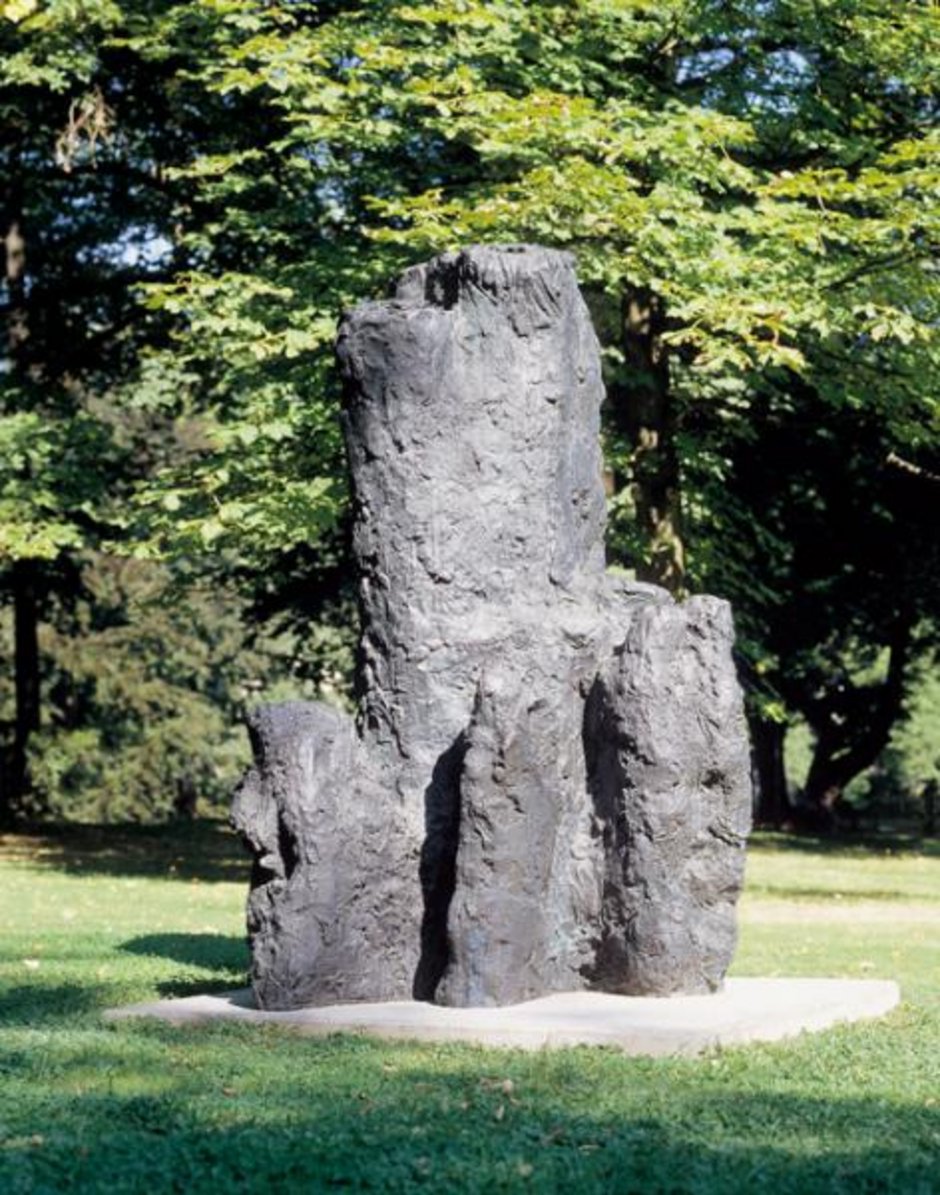 A range of genres – sculpture, drawing, graphics, painting, as well as literature and film – all form part of Kirkeby’s diverse artistic output. After his studies in geology and his participation in various expeditions, Kirkeby came to art without a formal training. In the mid-sixties he created his first brick and bronze sculptures. His artistic work can be considered a synthesis of the arts. In addition to the singularity of each particular work and its genre, there are evident aesthetic strategies that connect the autonomous works in terms of content as well as form. Since the 1960s, Kirkeby’s works have been shown in numerous international exhibitions. From 1989-99, he was professor at the Städelschule Frankfurt.

Various motifs repeatedly emerge in the work of Per Kirkeby: trees, plants, houses, gates, caves, and the human figure. Although the artist understands himself primarily as a painter, he already early on began working with bronze sculpture, and the work shown at Blickachsen 5 dates from 1988. A central concept for Kirkeby is that of metamorphosis, the potential mutability of stones, animals, plants, and human beings. His motifs are also mutable: the tree can become a gate, the human body a tree. His sculpture clearly bears the traces of its production. The clay model used can thus still be recognised. Referring to the material and fragmentary in character: one could describe this work in such terms. Kirkeby seeks not so much to illustrate, but rather to express a metaphoric embodiment of wholeness.