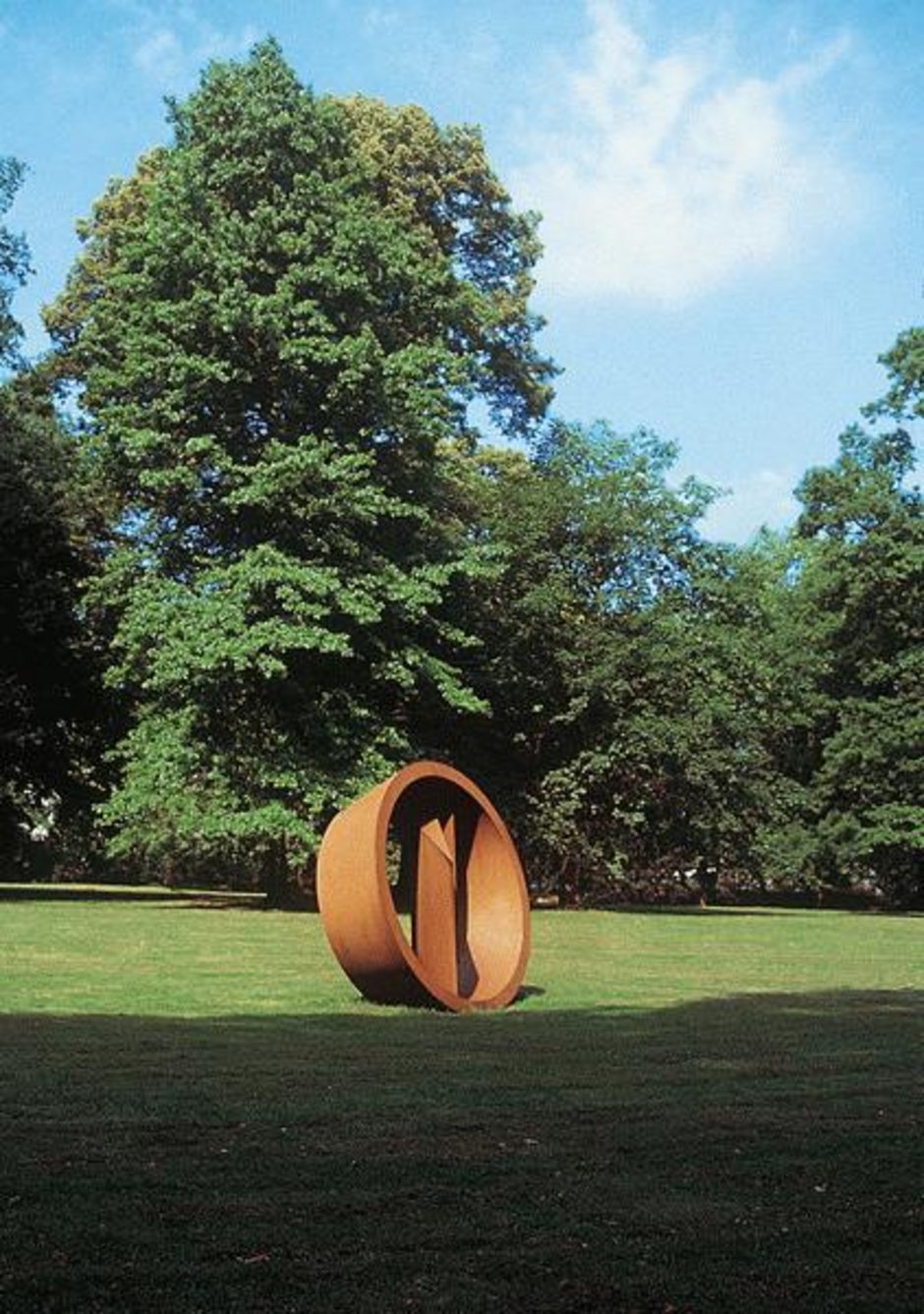 Within and Without II 9

In 1998, Nigel Hall created "Great River" out of red, embracing steel circles. Wavy, permeable "arabesques" open up into space. The slant of the steel rings evoke the throbbing rhythm of flowing water in a riverbed. This work is characteristic of Hallës working methods, as the material and its weight are not used as an end in itself but as expression of naturalistic processes. Circular shapes dominate Hall's works, being the elementary signs of the forces Hall realized in "First Light", "Midday" and "Hour of Dusk". The rhythm of the day, i.e. time, corresponds to the respective open or barred rounds of the steel circles; the clearer the vision through the circle, the more light is able to get through.

Similarly, Hall represents the principle of metamorphosis in the great sculpture in the Kurpark. The declining slope of the lawn where it is set up suggests the continuous revolving of the steel sculpture. It seems to unroll in its conic slant, following gravitation. Inside, two single shapes are a welded onto the circle, facing each other like spokes of an axis or cutting teeth. A thinner slightly beveled element is "hanging down" from above, while a thicker similarly beveled element sticks up. Both vertical shapes leave plenty of space between themselves and the round of the walls. At the same time, they deliberately "bar" the opening of the ring that seems to originally have offered a free vision on the landscape (like Claus Bury's "Auditory Canal"). "Inside" the ring, the vertical walls/poles mark barriers and slots of vision according to the position of the observer, whereas on the "outside" the round of the circle may unfold itself unrestrained. Another name of this work, "Soglio" ("threshold"), underlines the disturbing embrace of round and vertical geometric shapes. The circle is the entrance into an open landscape, a symbolic threshold into the cosmos beyond erect fences.

Within and Without II