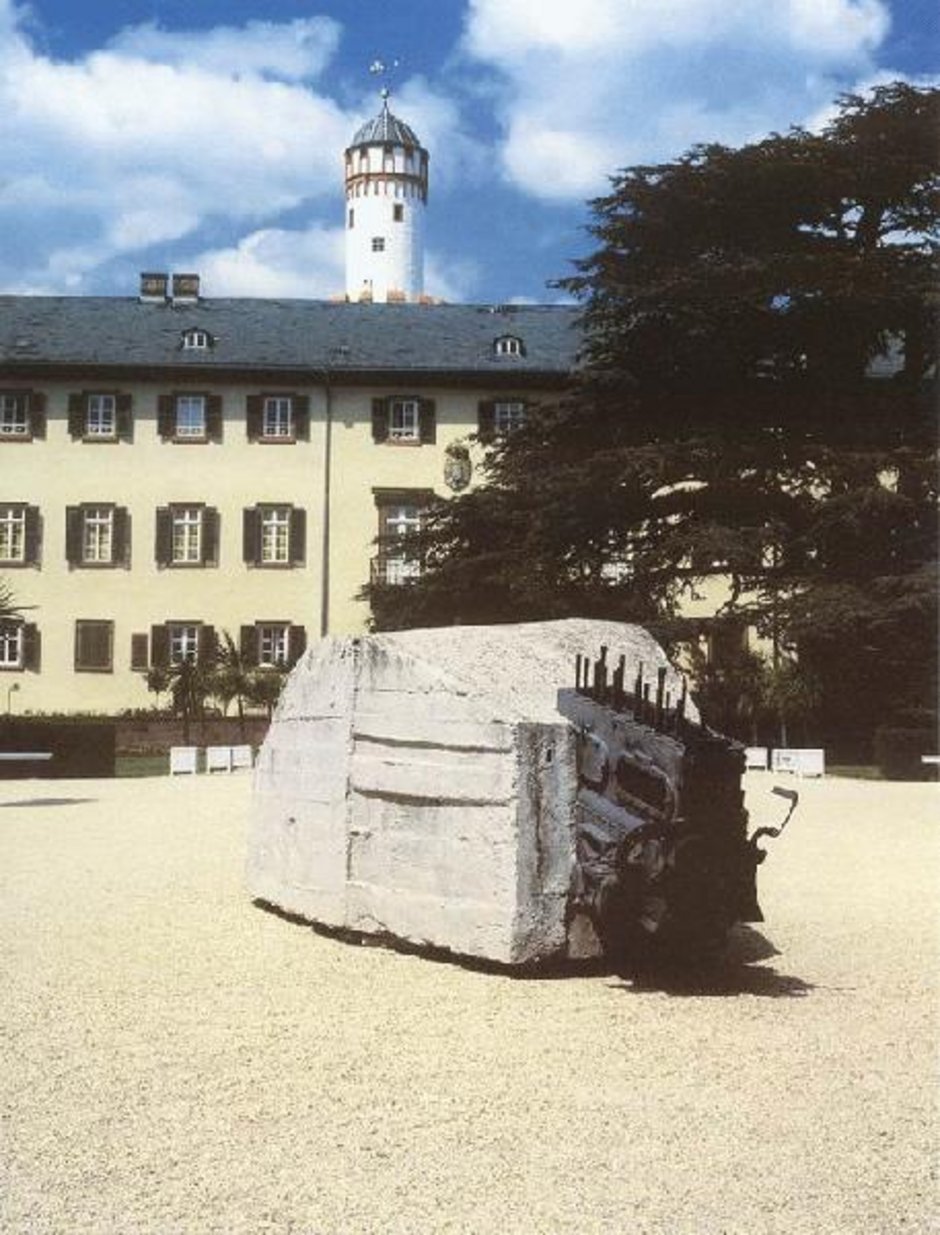 In 1976, Wolf Vostell founded the "Museo Vostell Malpartida" in Extremadura in Spain and presented his first video installation. This Spanish episode influenced him until the end of his life (he died in 1998). He had close contact with Salvador Dalí, the Grand Master of Spanish paranoia. Dalí had invited Vostell to create a sculpture for the forecourt of his museum in Figueras in 1978. The "TV-Obelisk" emerged, one of Vostell's memorials to myth and technology that combined conventional historical constants and the deadly flood of moving images of the present. Characteristically, Michael Wewerka called one of Vostell's last big Fluxus-concerts in Berlin "The Naked and the Dead".

Vostell took up the "Spanish map" in Malpartida, because Spain was where the theme of terror and torture had been represented in the impressive works of Goya and Picasso. The "Tauromaquia in Gold" Vostell painted in 1989 refers to Picasso's "Violation of Women", the "Maya-Series" is circling around both Goya's Eros and violence and the suffering of Passion and Requiem. The bullfight belongs to Vostell's favourite topics, because the death in the arena is a credible image for political murder and social repressions. The horror of the world, according to Vostell's belief, cannot be painted with a "delicate brush" anymore, as long as the "estheticism of resistance" has its origin in the conditions it attacks. In Vostell's work, this double bind is embodied by the bull, culprit and victim in one.

Because his intention is not simply to shock, but to shake up, Vostell's processing of his materials, usually steel and concrete, is blunt, even brutal. In "Two Concrete-Cadillacs in the Shape of the Naked Maya" (1986/87) he confronted car parts and concrete parts. Crushed and cemented body works like the Concrete-Cadillac monument in Rathenau-Platz/Berlin or the coffin-like Opel Kapitän (Cologne 1969) claim, with literally intrinsic aggression, that art must be revolutionary up to destruction. Vostell interprets his objects antropomorhically (Maya – woman) and gives them the aura of death, like Andy Warhol does in his "Crashes". This is, says Vostell looking back, "the new art after Picasso, it is not done solely by brush anymore". While Picasso's bull still takes up the suffering of mankind, Vostell's "Concrete Bull" – with a motor part rammed into his guts – represents naked violence. On the other hand, only a machine/beast in the shape of a monster is able to embody the demon that guards the precious gardens of the Hesperides. In front of the castle in Bad Homburg this is the "Bull's" role.