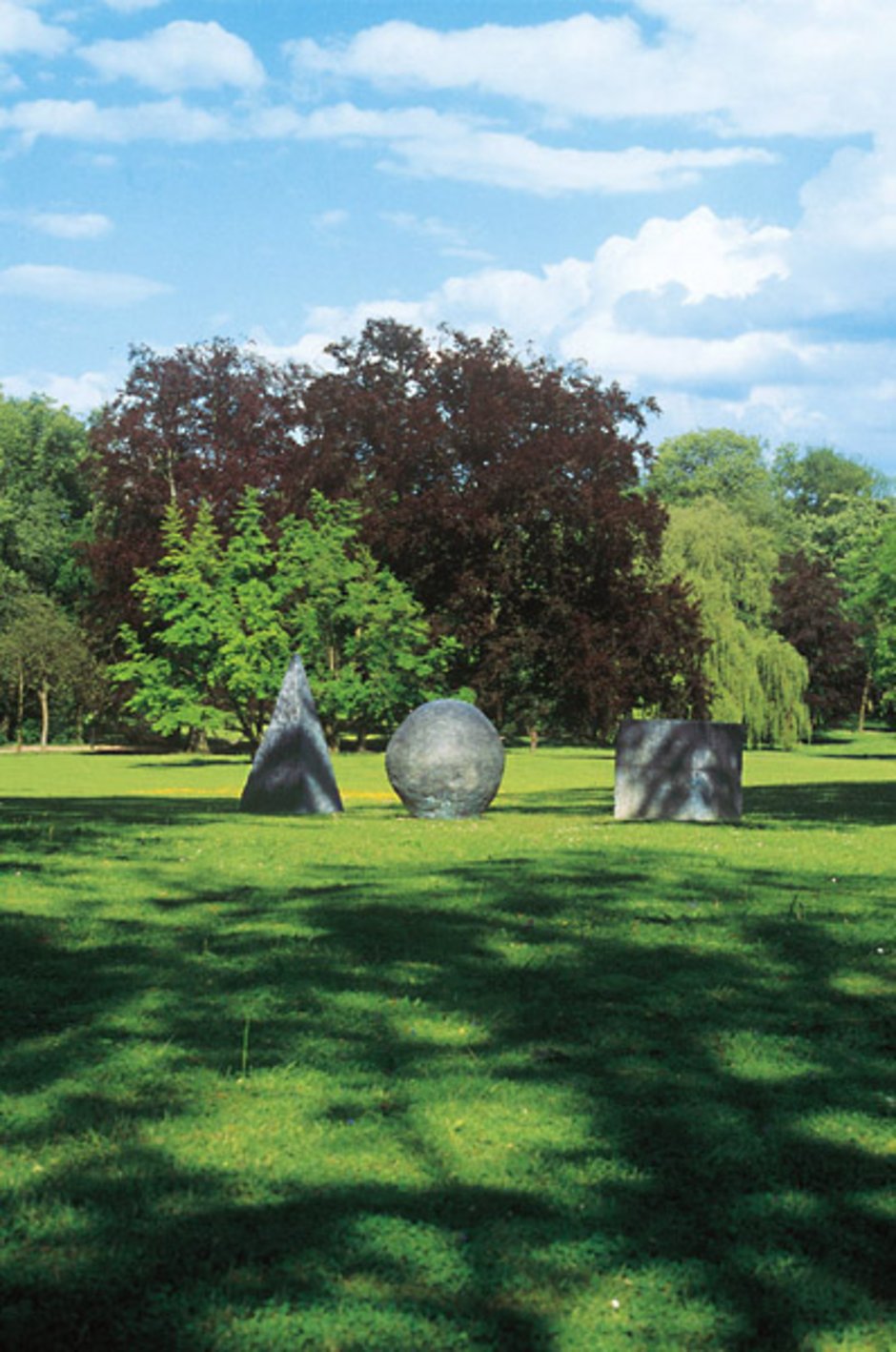 In honor of Friedrich Hölderlin's visits to Bad Homburg from 1798 to1800 and from 1804 to 1806, a memorial to the poet of "Hyperion" and "Hymn to the Goddess of Harmony" was built in the Kurpark in 1833, praising the ancient times as moral ideal for the present. The concept of the landscape garden, where the statue was erected, was historically associated with this idea of the ancient world. The mythic fiction of Arcadia merges with the image of the Roman Campagna into a vision of nature that is to tune the visitor to perceptions of the stately and the sublime.

The sculptural and architectural symbols of this expression then and today are the elementary shapes of pyramid and obelisk, globe (as image of the cosmos) and cube. These are also the shapes Nash found for himself, apart from the landscape garden. Already in 1985 and the following years, "Nature to Nature" was the leitmotif for his three elementary shapes that he also uses in Bad Homburg. The untouched nature he experienced in the Australian desert will find its way back into nature when it subordinates itself under the laws of growth and decay. Originally, the material of his three nature sculptures was charred wood that had received a second black "skin" from the fire. The cellular structure of the burned surface that is not seen in the bronze cast was the result of the dialogue between the

artist's intervention and the reaction of the wood.

The elementary shapes of the cube, cone and pyramid were already introduced into modern painting by Paul Cézanne, who took them from the very essence of nature. In the same way, Nash exhibits not the wounds the fire produced in nature, but the resistance of the wood against the violence. In the process it is always the clear shape and the inner force that assert themselves.

A similar aura is emanated by the black charred "Vessel" in oak wood that stands out against the rich green of the lawn in Ferdinandplatz. Cracks, fissures and erosion, mark the surface of the raw form of the foundling. The ship shaped hull points toward a cave, a crack. This central opening changes suddenly into a prehistoric utensil (hand-axe) that seems to have been turned into a vessel by human hand. All of a sudden, a broad thematic plotline is evoked, the "question of existence and life, manner and structure and the cycle of becoming and passing".

The harmony of the elements (in the Kurpark) is answered by a raw figuration that seems to shape itself. It underlies its own changes engraved by its own nature and history.