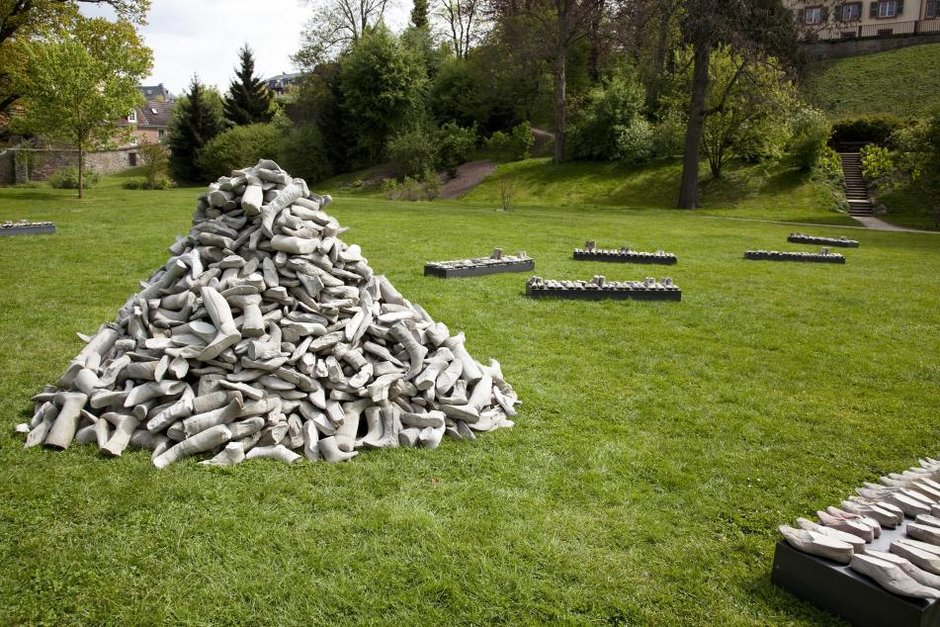 The heavy beauty of inner forms 2

Repetition is a defining principle in the work of the object artist Wolfgang Becksteiner. Yet his work series and ‘accumulations’, often in concrete, are not comprised of identical copies, but rather variations on a motif. His two-part work in “Blickachsen 11” consists of concrete casts of shoes, most of which are piled up into a huge disordered heap, while 220 pairs of shoes are identified by name and arranged in rows on low platforms. Each shoe is an individual cast representing its wearer, not just an outer form. Thus each of the over 2,500
different shoes in the anonymous pile also provides an entirely personal clue to its former owner. The uniqueness of the individual stands here in tense opposition to the anonymous mass of the heap and, furthermore, calls up memories of historical images of genocide and flight. By contrast, the rows of shoes, sorted alphabetically by name, refer to concrete people who have taken part in the project. This ordered method of presentation has the character of an archive: the single objects, and the very personal information they contain, are documented, and preserved for posterity. 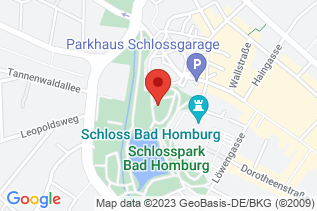 The heavy beauty of inner forms