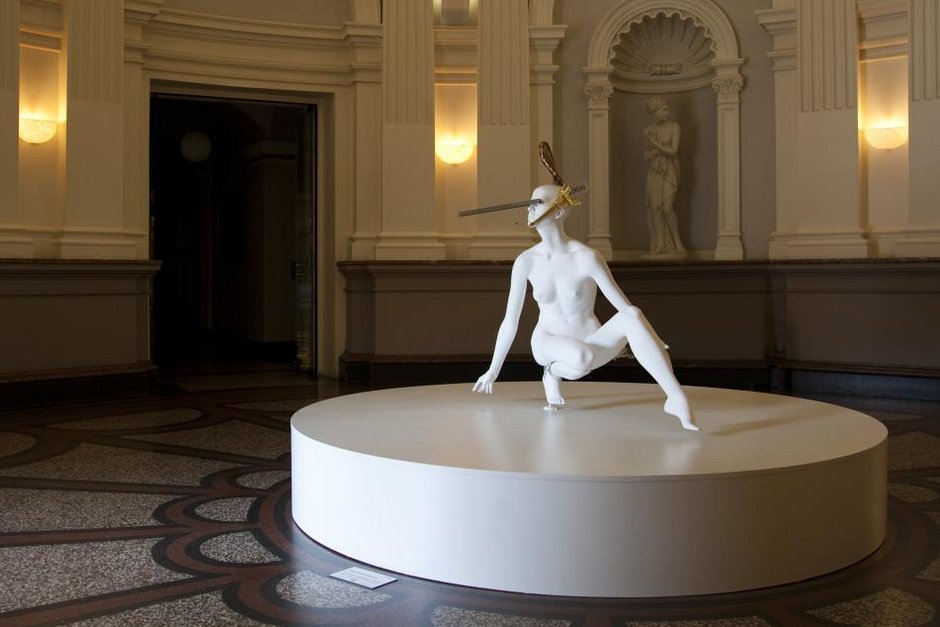 Manfred Erjautz , who studied under Bruno Gironcoli at the Academy of Fine Arts in Vienna, has exhibited his works internationally since the late 1980s. In the work group “Shelter”, Erjautz arranges model figures as interchangeable projection surfaces for time-specific conceptions. Questions on the private and the collective, autonomy and heteronomy, or appearance and reality are attached to the metaphorically conceived pure white surfaces of the figures. “Shelter (Space of Moments)” was specially designed for “Blickachsen 11”, and specifically for its position in the rotunda of the Kaiser-Wilhelms-Bad. Here, the snow-white display dummy corresponds – as a contemporary surrogate for an idealized representation of the female body – to the equally white sculptures in the wall niches. Single objects surround the head of the mannequin figure like sculptural memories. They refer to spaces and places – as well as to Man’s interaction with nature, through the lid of a container for toxic substances. The closed-off space of the rotunda surrounding the slender naked figure of the woman accentuates the elements of shelter and retreat contained in the sculpture’s title. 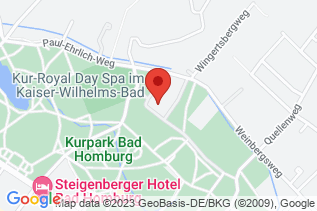