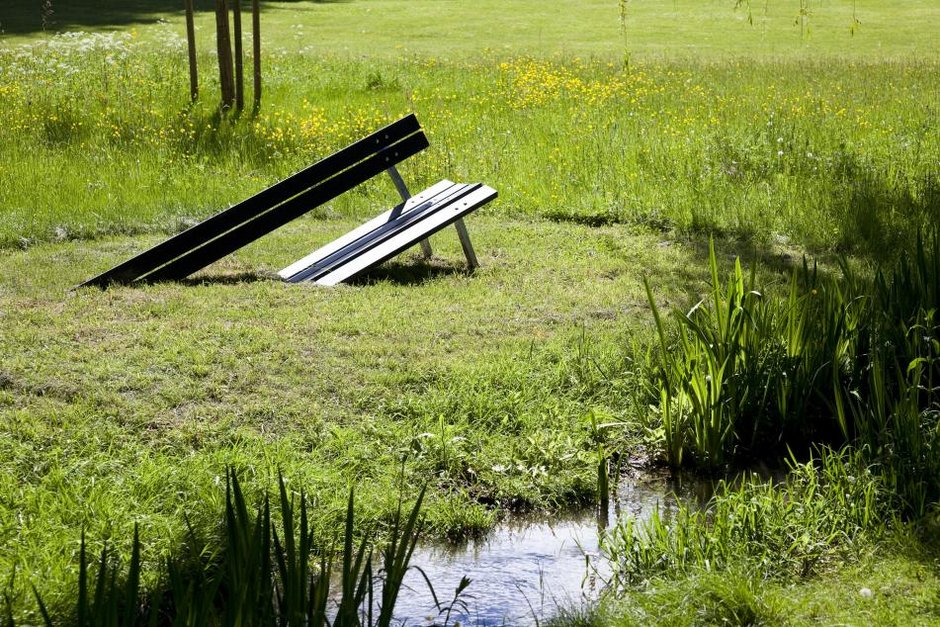 Markus Wilfling first studied painting, and then sculpture under Bruno Gironcoli , who is also represented in this year‘s „Blickachsen“, at the Academy of Fine Arts in Vienna. His work displays an immense diversity, in terms of both the materials used as well as its formal spectrum. Everyday objects and the way they are artistically worked and made unfamiliar constitute a central feature of the creative work of the Austrian artist. By modifying known items he changes the perception of them as given objects. Perspective change thus stands at the centre of his artistic approach. In a series of works, Wilfling presents a bed, a bath tub or a boat – all no longer capable of being used as such – and entitles them “Untitled”. An example of this is his work in the Bad Homburg Kurpark, which despite its transformation is clearly recognizable as a park bench. Here, the object’s function as a seat has been negated by its sloping angle. This humorous decontextualization is characteristic of his work, which not only challenges our habitual ways of seeing things, but also extends the classical notion of sculpture. 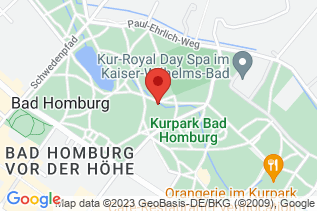