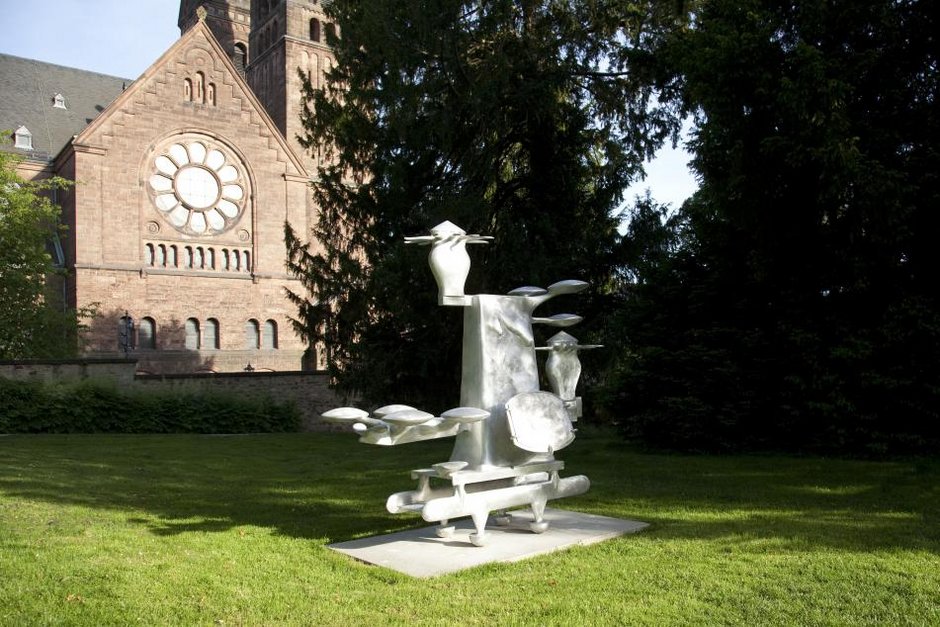 Bruno Gironcoli represented Austria at the Biennale in São Paolo in 1971, then later also in Venice. The much awarded artist succeeded Fritz Wotruba as director of the Sculpture Studio at the Academy of Fine Arts in Vienna where, from 1977 to 2004, he shaped an entire gener-ation of sculptors, including Manfred Erjautz, Michael Kienzer and Markus Wilfling, all of whom are also represented in “Blickachsen 11”. Before studying painting, Gironcoli trained as a goldsmith. Aspects of this training at the forge are clearly visible in his mainly monumental sculptures, where the most varied organic and geometric forms frequently sprout from a central stem, coalescing into a highly expressive and yet always enigmatic unity. Dispensing with a title for this cast aluminium sculpture in the Bad Homburg castle gardens only serves to prompt the observer to keep an open mind on questions of its meaning or identity. Rather, it is the formal language and openness of the work that are brought to the fore. The silvery matt metal surface of the sculpture is characteristic of Bruno Gironcoli; on the one hand it creates a feeling of distance, but on the other it absorbs the ambient light. 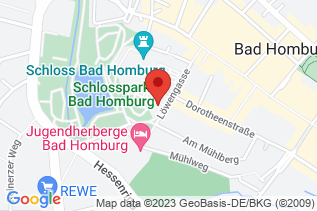